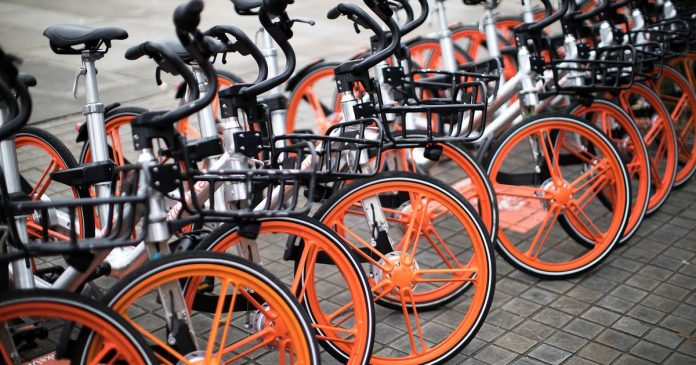 Bike sharing giant Mobike has announced fines for bad parking in Shanghai, according to reports. Reports say the rules include seven locations in the city. The company has said that the first time will not bring any fine but those users who break the rules for the second time will receive a fine each time.

The service will warn users about parking in prohibited areas. The warning will be made through its app. Those who dismiss the message and leave the bikes in a prohibited area will have money withdrawn directly from their deposit. The service will also give users some time to bring back the bike to an area that is included. If the user brings back the bike to an area in time, they will get their money back.

The fines are the latest move by the company to get their users to leave bikes in certain areas and not cause problems in the city. A few months back, the bike sharing service began restricting users from parking in certain areas of the city.

The app immediately notifies the user if they are parking in a prohibited area. Before the fines, the service deducted points from the user’s credit. The users were banned if they continued to break the rules.

Mobike executive Zhu Qian said the new fines are being introduced as a way to deal with the extra costs that the service gets for clearing bikes that have been illegally parked in the city.

The bike sharing service was recently in the news after it decided to leave Manchester over the high levels of theft and vandalism. The company had recently said that it was losing 10 percent of its fleet in the city each month and that it would soon decide whether it would stay or leave.

The decision by the company came earlier this month and left Manchester without one of its biggest bike sharing services. Reports said the company transported the bikes in the city to other cities in the UK. Mobike had recently debuted in the city but reports began surfacing on bikes being vandalized or left in areas where they shouldn’t be. At least one bike sharing service said it would be interested in launching in Manchester if Mobike left. It is the first time that Mobike leaves a city over vandalism and theft.