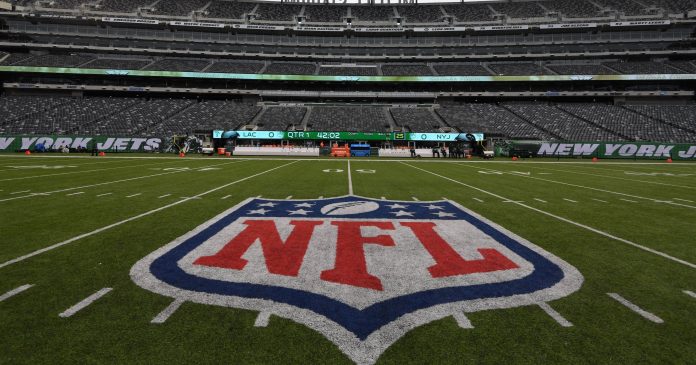 Week 1 of the NFL 2018/19 season is nearly over and there have been plenty of surprises. The first week of the season started with a game between last year’s champions the Philadelphia Eagles and the Atlanta Falcons. Week 1 returned today and will continue tomorrow with a few more games. Here are the results, upcoming matches and more for Week 1: 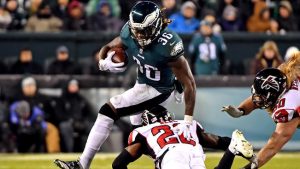 The Eagles entered the game with a few doubts on the quarterback and wide receiver position. The team started Nick Foles since Carson Wentz will likely miss a few more weeks. Foles didn’t play well and the offense wasn’t on rhythm like we saw at the Super Bowl. On the other side, Matt Ryan made huge plays with Julio Jones but his performance was also disappointing. The Falcons quarterback had plenty of chances to score touchdowns but took several sacks and was intercepted in one of the drives.

The Falcons had the chance to win late in the game but they came up short once again. Week 2: Falcons vs. Panthers and Eagles vs. Buccaneers.

The Cincinnati Bengals are now 1 – 0 after putting up 34 points against the Colts. The game was close for the first three quarters but the Bengals outscored the Colts 17 – 0 in the fourth to seal the game.

Week 2: Bengals vs. Ravens and Colts vs. Redskins.

The Baltimore Ravens were dominant against the Buffalo Bills. The Ravens put up 47 points in a game that was pretty much over by the third quarter. Bills quarterbacks Josh Allen and Nathan Peterman had less than 100 yards passing combined. Peterman threw two interceptions and the Bills never got anything going.

Week 2: Ravens vs. Bengals and Bills vs. Chargers. 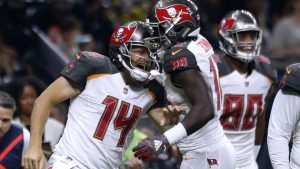 The biggest surprise of the day was probably the Tampa Bay Buccaneers. Ryan Fitzpatrick was the star of the team, throwing four touchdowns. The Saints didn’t do so bad either but they couldn’t stop the Buccaneers. Fitzpatrick is now close to 180 touchdown passes in his career and his performance is now raising questions on if Winston will start when he comes back from suspension.

Week 2: Saints vs. Browns and Buccaneers vs. Eagles.

Week 2: Patriots vs. Jaguars and Texans vs. Titans.

The Vikings got off to a great start by defeating the 49ers. Cousins had a solid debut but Garoppolo struggled and was intercepted three times. He threw for 261 yards and one touchdown. Cousins had two touchdowns with zero interceptions.

The Jaguars defeated the Giants in a close game. Odell Beckham Jr. and Barkley each went for over 100 yards. Eli Manning did not throw a touchdown while Bortles had just one.

Week 2: Giants vs. Cowboys and Jaguars vs. Patriots.

The Dolphins left with a victory after holding the Titans to zero points in the second and third quarters. The Titans scored 17 in the fourth but it wasn’t enough for the comeback.

Week 2: Dolphins vs. Jets and Titans vs. Texans.

The Browns and Steelers were involved in an ugly game that ended in a tie. The Browns haven’t won a lot of games in recent seasons so holding the Steelers to a tie is at least an improvement. The two teams will have tough matchups in Week 2.

Week 2: Browns vs. Saints and Steelers vs. Chiefs.

The Chiefs got off to a huge start against their divisional opponents, the Chargers. Patrick Mahomes II threw for four touchdowns while Rivers had over 400 yards passing, 3 TD and one interception.

Week 2: Chiefs vs. Steelers and Chargers vs. Bills.

The Cowboys scored just eight points and those points came in the fourth quarter. Newton and Prescott each threw for less than 200 yards and did not have a passing TD.

Week 2: Cowboys vs. Giants and Panthers vs. Falcons.

The Washington Redskins became the second team in the NFC East to get a win after defeating the Cardinals 24 – 6. Adrian Peterson had 96 yards on 26 attempts and scored his 100th career rushing touchdown.

Week 2: Redskins vs. Colts and Cardinals vs. Rams.

The Denver Broncos had a close matchup with the Seattle Seahawks but were able to hold on for a 27 – 24 win. Case Keenum’s debut start wasn’t the best but the team was able to do enough to get a W.

Week 2: Broncos vs. Raiders and Seahawks vs. Bears.

The Green Bay Packers did not look good at the start of the game and Mack was all over the place. The former Raiders linebacker had a strip sack and an interception returned for a touchdown. The Bears had a big lead early in the game and the Packers were in trouble when Aaron Rodgers went out of the game with a knee injury. He returned in the second half and made a comeback. The Packers received the ball with less than three minutes left in the game and quickly scored after a long touchdown catch and run by Cobb. The Bears had time but could not get in field goal position.

Week 2: Packers vs. Vikings and Bears vs. Seahawks.