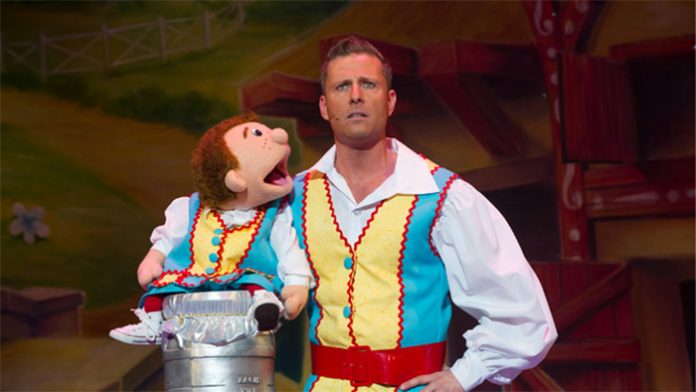 Hailing from the UK, Paul Zerdin rose to fame after winning the 10th season of NBC’s America’s Got Talent. A talented ventriloquist, he and his puppet Sam had won the competition after a lip-sync performance during the final round.

Since his rise to fame, he has been featured in several TV programs including Live! with Kelly, Home & Family, Good Morning Britain and The Weekend in Vegas. In 2016, he also competed on the popular game show, Who Wants To be a Millionaire (though he ultimately didn’t win). As far as acting goes, he recently had the opportunity to take part in a film called, Karts in Suzuka.

What prize did he receive for winning America’s Got Talent? How much is he paid for his gigs? How well-off is he? According to sources, Paul Zerdin’s current net worth stands at around $1.5 million. What does he owe his wealth to? Let’s find out below.

How did Paul Zerdin Make His Money & Wealth?

Born on August 21, 1972, in London, UK, Paul Zerdin began to put on shows after a family friend gifted him a puppet theatre when he was ten years old. Fascinated with the hobby, he soon became obsessed with the art. By the time he was a teen, he had begun to develop his magic skills while working at a local magic shop. At the same time, he also worked as a children’s entertainer on the side.

Not long afterward, he made his television debut as a magician on BBC’s Tricky Business. From there, he eventually landed a two-year contract with Disney as a presenter for the kid’s program Rise and Shine—he was twenty at the time.

Trying his luck at a competition, he later participated in The Big Big Talent Show in 1996. To his pleasant surprise, he ultimately went on to win the entire thing by more than 100,000 votes. In addition to having come out as the winner, the experience had also introduced him to Nigel Lythgoe, a television producer who would pave his way for other television appearances on Generation Game and Tonight at the London Palladium.

Many years later, his popularity exploded once again after he won the tenth season of NBC’s America’s Got Talent. Not only did he receive a large cash prize as the winner, but he also had the chance to headline a show on the Las Vegas Strip.

Since winning the competition, he has also been featured on a few other TV programs such as Live! with Kelly, Home & Family, The Weekend in Vegas and Good Morning Britain. At one point, he also took part in Who Wants To Be a Millionaire’s Celebrity Week in 2016. In terms of acting, he recently played a small role in the film, Karts in Suzuka.

As far as his income goes, it’s probably safe to assume that the majority of his earnings comes from his shows and performances. In fact, he had just traveled and performed across the UK last year. For more information, you can check out his official website here.

No, as far as we know, Paul Zerdin is not married. With that said, not much about his personal life has been disclosed to the public.

Does Paul Zerdin Have Any Children?

No, Paul Zerdin does not have any children.

Does Paul Zerdin Go to College?

No, as far as we know, Paul Zerdin has not gone to college. Instead, he had begun to perform shows as a teen.

What is Paul Zerdin Famous For?

Paul Zerdin recently rose to fame after winning the tenth season of America’s Got Talent in 2015.

Unfortunately, we do not have any information on Paul Zerdin’s location at this time.

What Kind of Car Does Paul Zerdin Drive?

Details on Paul Zerdin’ vehicle is not available at this time.

How Much Money Did Paul Zerdin Make Last Year?

Unfortunately, we do not have any information on Paul Zerdin’ 2017 earnings at this time.

As mentioned earlier, Paul Zerdin recently traveled across the UK for his 2017 All Mouth Tour. According to his official website, it’s likely that he’ll be performing a few shows later this year.

What’s the America’s Got Talent winner up to? If you’re a fan, why not keep up with him by following him on social media? You can find Paul Zerdin on Twitter and Instagram at @PaulZerdin. While you’re at it, don’t forget to also check out his official Facebook fan page here.