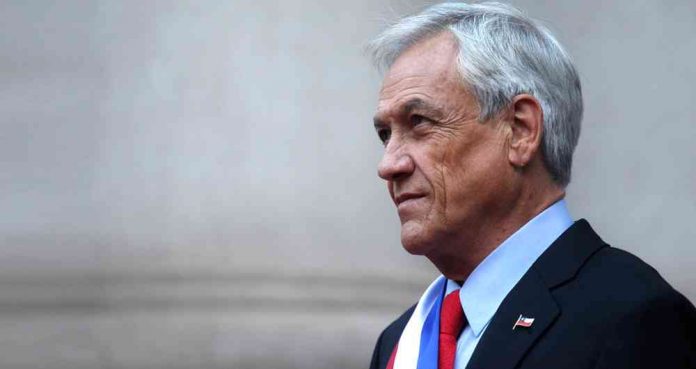 Chile’s President Sebastián Piñera said to the OAS during a meeting in Washington that military intervention is not an option for Venezuela. Piñera’s comments come after a week of debates at the UN.
The president said the same comments during interviews before the Venezuelan government made a surprise visit to New York. The president said during the meeting that this doesn’t mean that there are no mechanisms they can use to help the population.
He added that Venezuela is no democracy, there is no separation of powers, there is no freedom of expression and no respect for human rights. The president will meet with US President Donald Trump and Venezuela’s situation is said to be among the topics.
Chile has seen large numbers of Venezuelans arrive to their country in recent years. The situation has forced millions to flee the country and experts believe it will only get worse. Numbers from several organizations show that Chile is among the countries that have received hundreds of thousands of Venezuelans.
The Venezuelan government continues to say that there is no humanitarian crisis in the country and some officials have suggested that it is all staged. They have also given different numbers on the Venezuelans that have left the country in recent years.
Chile is part of the Lima Group, a group of countries that are working towards resolving the crisis in the South American nation. The Lima Group has heavily criticized the Venezuelan government but has rejected the idea of a military intervention.
Venezuela was the big surprise of the UN after the government released a video in which Maduro confirmed that he would be in New York. The visit drew protests from Venezuelans living in the US. Many also took social media to ask the US government to detain Maduro.
A few days ago, the Venezuelan government accused Mexico, Chile and Colombia of helping in the drone attack. The failed attack happened at a military parade a few weeks ago and Venezuelan authorities have said that the drone was shot down.
Venezuela’s economic and political crisis continues and rumors of a military intervention have continued to surface. A few weeks ago, a report mentioned that Trump’s administration and some Venezuelan military officials discussed the idea of removing Maduro from power. The report mentions that the talks came after Trump didn’t rule out a military option last year.
The Venezuelan government says the humanitarian crisis is being made up as an excuse for a military intervention. Trump has not ruled out the option and the US government recently sanctioned Venezuela’s First Lady Cilia Flores. In recent years, the US has sanctioned several officials, including the president and head of the electoral council.
Venezuela is currently going through an economic and political crisis that has forced millions to flee to countries such as the US, Colombia, Chile, Peru, Ecuador, Argentina and Spain.
The situation has brought high levels of inflation and shortages to the country. IMF estimates that inflation will hit a whopping one million percent by the end of 2018.