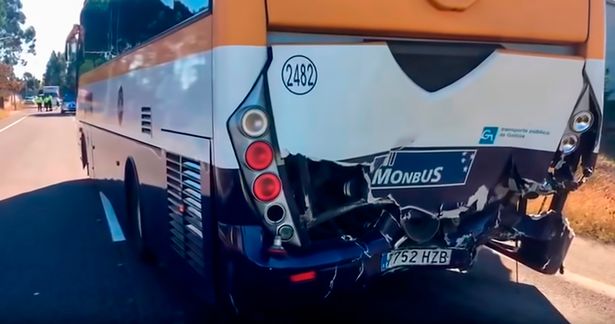 A young girl has lost her life after the tablet she was holding struck her during a car accident. The incident has raised concerns about the safety of using such devices inside a car.

The three-year-old lost her life when her mother’s car crashed into the back of a school bus. The incident happened on Monday and authorities believe the tablet may have been the cause of her injuries.

Local media reports that the girl was holding a tablet before the accident happened. She was in a child seat but the crash caused the tablet to fly up and hit her in the face. The car accident happened in the town of Vilanova de Arousa.

Authorities and experts are shocked about the incident since it is unusual that someone is killed by a tablet or any other electronic device in a car accident. The child’s name or any other details about the accident have been revealed but local media reports that she was the granddaughter of a businessman who is well known in the town.

The cause of her death is still being investigated but authorities believe that the tablet caused the serious injuries. The tablet was not held by any equipment on the back of the car seat or in front of her.

The girl’s mother and a student on the bus suffered minor injuries in the accident. The incident has raised concerns about the use of these devices inside vehicles. In many countries, it is not required to have equipment to place tablets in the back of the car seat or other parts of the vehicle.

In the UK for example, it is required to secure sharp or heavy objects since they could cause injuries in an accident. There is no law saying that electronic devices such as tablets and smartphones have to be secured inside a vehicle.

The BBC spoke to RAC’s road expert Pete Williams and he said that this is an accident that will send a shiver down the spine of every parent who lets their child use electronic devices during a car journey. He added that they had not heard of any other incidents like this one but that it is important to realize that any object that is not secured inside a vehicle has the potential to become a projectile.

Edmund King, the president of the Automobile’s Association, said that there are products out there that can be used to strap electronic devices to the seat. He added that they are not aware of any similar incidents and that this appears to be a freak incident.

Authorities and experts are shocked about the incident but some believe that this should not change what parents use to keep their children entertained. The Royal Society for the Prevention of Accidents said they should not ban children from using electronic devices in vehicles. They say bored children are a risk of their own inside a car. Authorities in Spain continue their investigation into the accident.