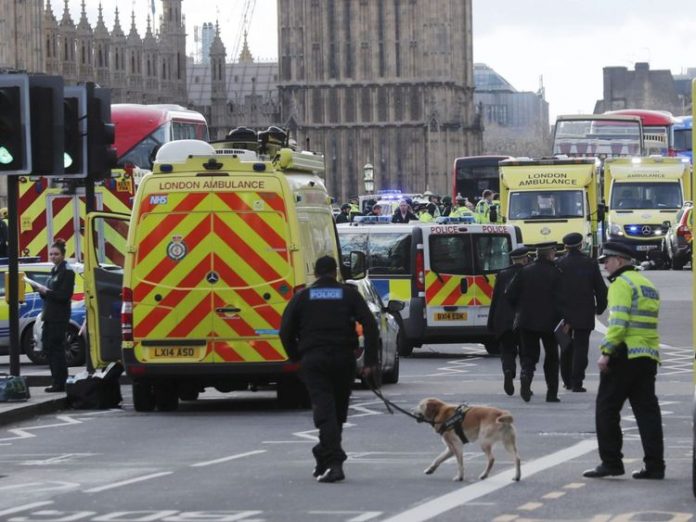 One of the victims of the Westminster attack last year had been in London for less than three hours. Kurt Cochran and his wife, Melissa, were in the city from the United States when Khalid Masood drove his car off the road and struck him on March 22, 2017.

Cochran was struck by the car but was able to push his wife to safety. He was one of five people that lost their lives in the attack. His wife was pushed to safety but did suffer a few injuries. She spent nearly four weeks recovering at the hospital.

Masood carried out a car and knife attack on the Westminster Bridge and the Palace of Westminster in 2017. Melissa told the inquest at the Old Bailey what happened the seconds before the attack.

She explained that she was almost at the end of the bridge and planning to go down the steps when she heard the car. She remembers seeing the front of the vehicle and then being on the ground.

She said they were spending the entire day seeing everything they could see. She added that they had only been in the city for two and a half hours before the attack happened. She was asked if she remembered him pushing her to safety and she said she had no memory of it.

Cochran was hit by the car and it sent him over the bridge and onto the road below. Neil Hulbert, who was in the area with his nephew, saw him fall head first on to the road. He attended to Cochran but got no response from him. He said he was still breathing.

Witnesses told the inquest that the car was traveling at some speed and that it was targeting pedestrians. A witness and nurse at St. Thomas Hospital helped with Cochran’s care when emergency teams were there. She said he wasn’t conscious and that he was badly injured.

The inquest opened yesterday and is expected to last until mid October.