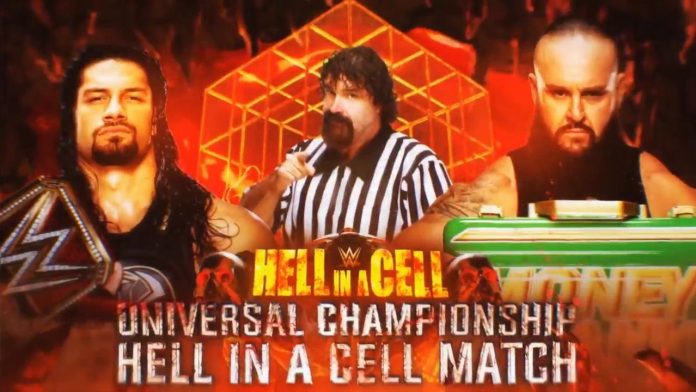 WWE Hell in a Cell is less than 24 hours away and the event promises to be a very entertaining one as it has eight matches, including six for titles of the Raw and SmackDown brand. Here is everything you need to know about the WWE Hell in a Cell (2018) matches:

The kickoff show currently has just one match but in the past, WWE has added one or two more. In the kickoff, the WWE SmackDown Tag Team Champions The New Day will be battling Rusev and Aiden English, who earned a title opportunity after pulling out a victory against Sheamus and Cesaro.

AJ Styles retained the title at WWE SummerSlam after he got disqualified. Since then, Samoa Joe has continued disrespecting AJ Styles family. A match was later scheduled at the WWE Hell in a Cell event. 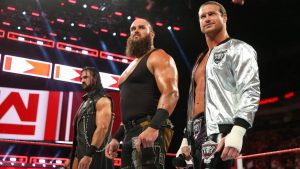 Dolph Ziggler and Drew McIntyre dominated against the B-Team a few weeks ago to win the WWE Raw Tag Team Championships. Ziggler and McIntyre have been feuding with Rollins and Ambrose, who recently returned after being out with an injury for months.

The WWE Raw Tag Team Champions have joined forces with Braun Strowman, who will be battling another The Shield member at the event. Rollins and Ambrose will be looking to win the titles again after The Shield return last year that ended when Ambrose suffered an injury.

Jeff Hardy will be facing Randy Orton in a Hell in a Cell match after several attacks by The Viper. The match was scheduled after Jeff challenged Orton and he accepted.

Roman Reigns won the WWE Universal Championship at WWE SummerSlam after defeating Brock Lesnar. The win was quickly threatened by another tough opponent, Braun Strowman. The Monster Among Men attempted to cash in his Money in the Bank briefcase but the big surprise of the episode happened when The Shield reunited to stop that attempt.

In the following WWE Raw episode, Braun Strowman said he would use his briefcase to schedule a WWE Universal Championship match at WWE Hell in a Cell. Mick Foley was recently announced as special guest referee for the match.

Charlotte captured the WWE SmackDown Women’s Championship at SummerSlam. The surprise came after the match when Becky Lynch turned heel. The feud has continued with Becky Lynch attacking Charlotte in several occasions.

Daniel Bryan and Brie Bella vs. The Miz and Maryse

The feud between Daniel Bryan and The Miz has now brought their wives into the mix. Brie Bella got involved after The Miz and Maryse mocked Bryan’s retirement speech, which he made back in 2016. The Miz won a match against Daniel Bryan at SummerSlam but that came with the help of Maryse, who handed The Miz a pair of brass knuckles.

Ronda Rousey captured the WWE Raw Women’s Championship at WWE SummerSlam. Since then, Bliss has teamed up with Fox and James to battle Rousey and Natalya in tag team matches. A few episodes ago, Bliss announced that she would invoke her rematch clause for the event.

WWE Hell in a Cell (2018) will take place at the AT&T Center in Texas. The event will officially begin at 7 PM.