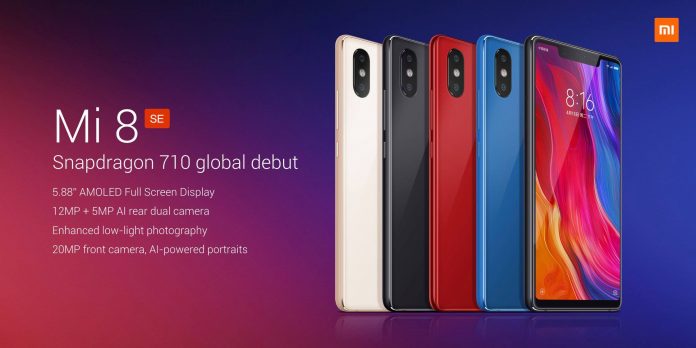 Xiaomi’s Mi 8 phones were launched earlier this year but it looks like the company has not forgotten about them. The Chinese tech giant currently offers the Mi 8, Mi 8 SE and Mi 8 Explorer Edition but the lineup could soon get a lot bigger.

The three Mi 8 phones were announced a few months back. The Mi 8 SE is the most affordable out of the three while the Mi 8 is the regular edition. The Mi 8 Explorer Edition, which was released months after the Mi 8 and Mi 8 SE, offers a cool transparent design and the best specs out of the three.

We currently don’t know if the company will make any design changes or big additions to the series. The reports have mentioned that the Youth variant will offer three color options, Space Gray, Blue and Gold. The Mi 8 Screen Fingerprint Edition will offer just two color options, Gold and Black.

The names do give a few hints as to what we might see. The Youth variant sounds like a device that could come before the Mi 8 SE, which is the most affordable of the current three. The Mi 8 Screen Fingerprint Edition has a very obvious name.

Xiaomi revealed back in late June that it had sold one million Mi 8 units. The information came just 18 days after the release of the smartphones. The numbers didn’t include the Mi 8 Explorer Edition, which was released months after the two others.

The launch of the two new variants could happen in China. The three smartphones were launched there first. There is little information at the moment so we’ll have to wait for the company to confirm everything.