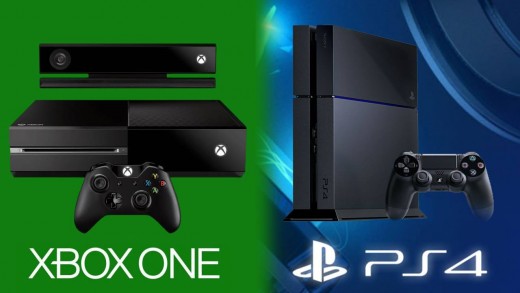 When the PS4 and Xbox One were announced back in 2013, 500GB storage sounded like it was enough to have several games in the console. Previous consoles such as the PS3 and Xbox 360 had debuted with a lot less storage so 500GB was plenty at the time.

A few years have gone by and that has changed. Sony and Microsoft have released consoles with a lot more storage. Video games today are gigantic and they take up a high percentage of the storage from consoles.

The problem has gotten worse for owners of 500GB consoles. There are games out there that take 30GB, 40GB or even 50GB but you’ll need plenty of storage if you plan to buy the big titles coming out later this year.

500GB is no longer enough since you don’t even get all of the storage due to the space that the system takes. Sure, it was a lot back then but big titles are now taking massive amounts of storage. Games like Battlefield 1 and GTA V take a lot of space but they are nothing compared to what two upcoming titles are going to take.

Just a few days ago, we learned that upcoming Rockstar title Red Dead Redemption 2 would require at least 100GB of storage. Other reports say it will be a little more at 105GB of storage.

That is a lot of space and some say this will make it the largest game ever. This means that many 500GB console owners will have to delete several games from their consoles. The 100GB of storage needed could just be the beginning for big titles but we’ll get to that in just a second.

Red Dead Redemption 2, which will be available worldwide later this month, could take up even more storage when Rockstar starts releasing updates. GTA V is a huge game but Rockstar has continued releasing fresh content to keep fans entertained. The formula has worked since GTA Online continues to be extremely popular, despite being a few years old at this point. The updates do take up storage, so the 100GB of Red Dead Redemption 2 could just be the start.

Several gaming sites are reporting that Call of Duty: Black Ops 4, which is scheduled to be released on October 12, will require a whopping 100GB of storage. The information comes from the Charlie Intel website, which showed the back of the box for the upcoming game.

This means that the upcoming Call of Duty title might be the largest game ever released. Red Dead Redemption 2 might end up taking the record just two weeks later if all the information that has surfaced is 100 percent accurate.

Red Dead Redemption 2 and Call of Duty: Black Ops 4 will take nearly 50 percent of a 500GB PS4 so it is looking like gamers will need to find alternatives when it comes to storage. The PS4 does allow storage to be expanded but this means that you will have to spend more.

What do you think about the recent information on the upcoming titles? Let us know in the comments.