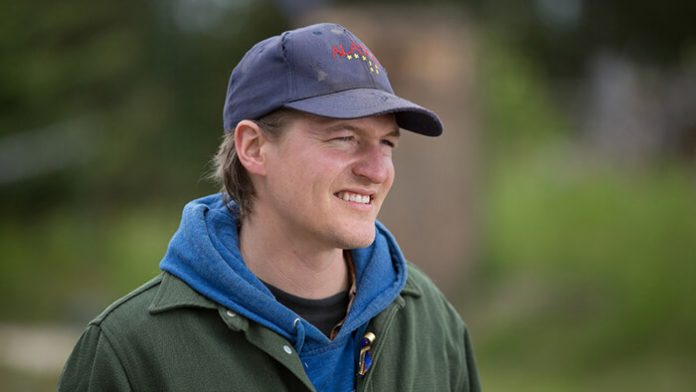 A television personality, Atz Lee Kilcher gained popularity in the reality series, Alaska: The Last Frontier. One of the main cast members, he made his debut in the first season, which premiered in 2011. As of 2018, he has starred in all eight seasons. At one point in 2012, he also appeared in a documentary titled, Rousseaus Children.

An aspiring musician, he often performs music on the side with his father Atz Lee, a well known Alaskan singer. Rising in popularity as we speak, the homesteader has gained tens of thousands of followers on social media to date.

How wealthy is the reality star? How much is he paid for his appearances on Alaska: The Last Frontier? How much has he earned from it so far? According to some sites, Atz Lee Kilcher’s current net worth is over $10 million. What does he owe his wealth to? Let’s find out.

How did Atz Lee Kilcher Make His Money & Wealth?

Born on August 26, 1977, in Homer, Alaska, Atz Lee Kilcher is the son of Atz Kilcher Sr. and Bonnie Dupree. One of four children, he has three siblings named Shane, Nikos and Jewel, the last of whom is an international pop singer. Since his early childhood, he has been fond of music—something that may have stemmed from his father’s work as a musician.

In the early 2010’s, he and his family began to star in a reality series called, Alaska: The Last Frontier. Premiered on December 29, 2011, the Discovery Channel show revolves around their life in rural Homer, Alaska, where they live without modern plumbing or heating; instead, the clan subsists by hunting, farming and preparing for the harsh winters.

Aside from him, the main cast includes Otto Kilcher, Jane Kilcher, Charlotte Kilcher, Eve Kilcher and Shane Kilcher. At one point, his sister Jewel, international singer-songwriter, also appeared on the program. Popular among viewers, Alaska: The Last Frontier has won several accolades over the years including two Emmy Award nominations for Outstanding Unstructured Reality Program and Cinematography.

As of 2018, the Alaska native has starred in seven seasons, the last of which ran from September 15, 2017, to February 12, 2018. Renewed for a ninth season, it will be premiering on the Discovery Channel later this fall. For more information, you can visit the network’s website here.

How much has he earned from his appearances on the reality show? Unfortunately, the exact numbers behind his salary have not been revealed to the public. With how popular the series is, however, it’s likely that their pay is considerable. If anything, their salary has probably only increased since 2011.

In terms of other ventures, Kilcher often performs music on the side with his father Atz Kilcher Sr., a well-known Alaskan singer. Who knows? He might just follow in his footsteps and release an album sometime in the near future. For now, though, it would appear that it’s still just a hobby for the homesteader.

Yes, Atz Lee Kilcher has been married to his wife Jane Kilcher for several years.

Does Atz Lee Kilcher Have Any Children?

Yes, he does. A father of two, he and his wife have two children, a son named Etienne and a daughter named Piper.

Not much is known about Atz Lee Kilcher’s education history. As far as we can tell, though, he has not gone to college.

What is Atz Lee Kilcher Famous For?

Atz Lee Kilcher gained popularity as one of the main cast members of Discovery’s reality series, Alaska: The Last Frontier.

Atz Lee Kilcher and his family currently reside in Homer, Alaska, as depicted in the reality series. We do not have any pictures of their home at this time.

What Kind of Car Does Atz Lee Kilcher Drive?

How Much Money Did Atz Lee Kilcher Make Last Year?

Unfortunately, we do not have details on Atz Lee Kilcher’s 2017 salary at this time.

Atz Lee Kilcher and his family most recently starred in the seventh season of Alaska: The Last Frontier, which wrapped up earlier this year. Later this fall, the eighth season will be premiering on the Discovery Channel on October 7, 2018.

What’s the homesteader up to? Want to keep up with his latest activities? If so, be sure to follow him online—you can find Atz Lee Kilcher on Instagram and Twitter at @AtzLee. On Facebook, he also has an official fan page, that you can check out here.