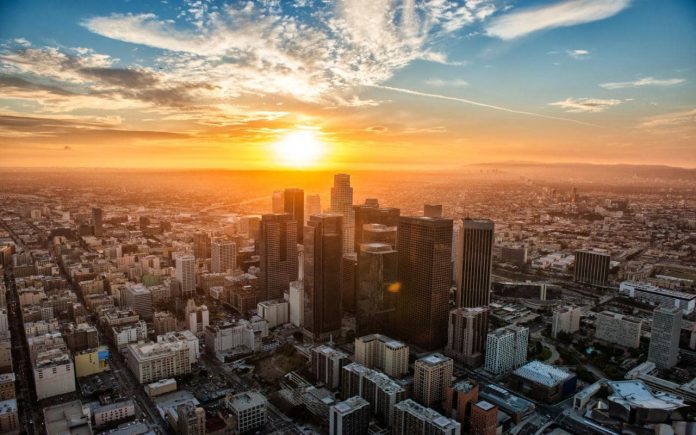 A couple that went on vacation after working hard at a hospital in Boston saw its vacation come to an end in an unexpected way. The couple’s plans were to spend their vacation at a small house in Los Angeles with the help of the Airbnb service.

The user behind the rental had a high rating and the couple was convinced that everything would go well. Jaleesa Jackson and Chiedozie Uwandu made the trip and arrived to the home. When they got to the home they found a welcome letter by the user and a bottle of wine. The Boston Globe reports that the letter was signed by ”JJ”.

The next morning, Jaleesa heard a knock on the door and answered. The voice on the other side was asking for Kevin. Jaleesa told the man to go away and called the user behind the rental.

She then heard the doorbell again and that person confirmed that he was JJ. He also apologized for the confusion. The couple continued their vacation without any problems but things would quickly go from good to really bad.

At 2 AM, the couple heard a loud noise and a man fell face down through the window of the room. Chiedozie told the newspaper that they didn’t know what was going on but they reacted as if they were being attacked.

He jumped on top of the man that had just fallen through the window and told Jaleesa to call emergency services. Jaleesa explained that she didn’t know what was going on and that she first thought it was a dream. She picked up the phone and went under the bed to contact emergency services.

When she was under the bed, she looked at the intruder and noticed that it was JJ, the same man who had knocked on the door hours before. She spoke to emergency services and they asked her if she was being attacked by the Airbnb user.

Chiedozie stepped away for a few seconds to remove a piece of glass from his foot and the intruder got up and ran. The two ran to the kitchen to arm themselves in case the intruder came back to the home.

A few minutes later, the couple heard a helicopter and noticed that it was pointing its light between the two homes. Authorities then entered the home with JJ handcuffed. A police officer told the two that he had said the service had ordered him to remove them from the home since they had not paid cleaning services.

A woman later entered the home and asked who they were. That woman was the owner of the home. The place had been rented to JJ and he had been renting it to others. She said he had not been authorized to rent the home.

Chiedozie asked the woman how she never noticed that people were coming in and out of the home. She replied that she thought they were his friends.

The couple later contacted the service and explained what happened to them. The service offered to find them another place and return the $700 that they had paid. The couple refused and rented a room at a Hilton hotel. The couple asked for a $5,000 compensation but the company agreed to give them half.