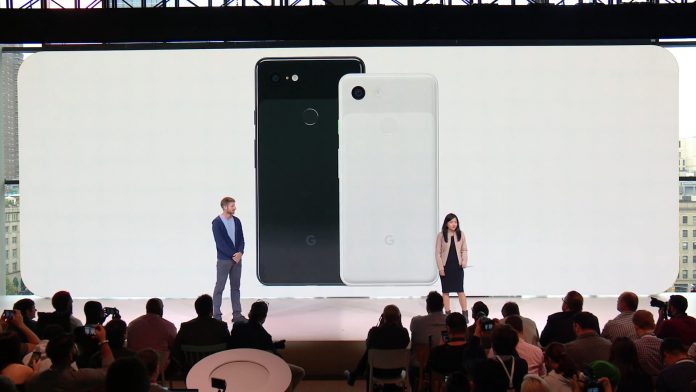 Search giant Google announced several products at an event in New York City on Tuesday. The company’s announcement included the heavily rumored Pixel 3 phone, which will be released in just a few days. Here are the biggest announcements made by Google today:

The Pixel series is back with the Pixel 3 and Pixel 3 XL. The smartphones are not really a surprise since they were expected to make an appearance at the event held earlier today.

The smartphone will be available in two sizes, one with a 5.5-inch display and another with a 6.3-inch display. The Pixel 3 is the third release of the series, which saw the Pixel 2 last year.

The search giant revealed some of the changes and improvements for the smartphone. The company says the speakers are 40 percent louder than the previous release. The Pixel phones have caught the attention of many for having solid cameras and Google says this year’s device has technology that is generations ahead of other smartphones.

The Pixel 3 camera has several new features to change things up. One of the features is called Top Shot, which shows the user the best picture they have taken. This is quite interesting for those who take several pictures and then go around looking for the best one.

Google has also made improvements on the low-light photo department. The company says those pictures will be much better and users will not really need flash. Google still features a flash on its latest smartphone.

The Google Pixel 3 will be available in three color options: Black, White and Pink. The device is available for pre-order now. The Pixel 3 starts at $799 and it will be released on October 18.

The search giant also announced the Pixel Slate, a tablet that runs Chrome OS. The big difference between the Pixelbook and this year’s release is that the Pixel Slate has a keyboard that can be removed from the screen. The tablet has front facing speakers and 8MP cameras on the front and back.

The keyboard is an accessory that can be attached when you want to use the Pixel Slate as a laptop. The tablet starts at $599 while the keyboard costs an extra $199. A stylus has also been announced and that will be sold separately for $99.

The big addition is a built-in display, which can show photos as well as detailed information on the question you have asked. Google also says the device is the world’s best photo frame. The Home Hub can be used to show photos or entire albums.

Google’s Home Hub is available for pre-order starting today. The price is $149.

The products were all announced during an event by the search giant on Tuesday. Some were expected like the Pixel 3 phones, which were heavily rumored for months.

What do you think about the new Google products? Are you getting a Pixel smartphone? Let us know in the comments.