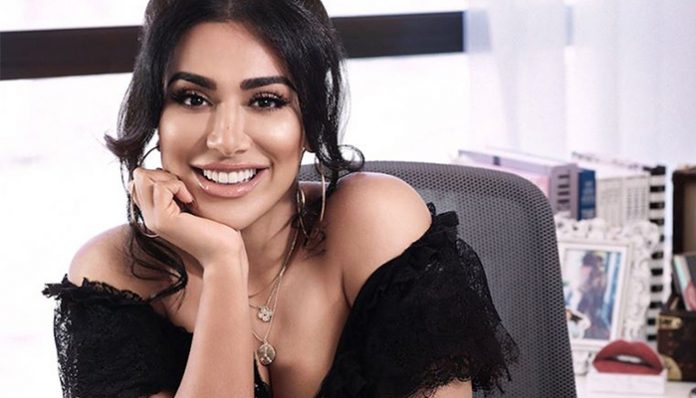 A makeup guru, Huda Kattan initially gained an audience on her beauty-related blog Huda Beauty. Within a few years, her popularity had allowed her to launch a line of cosmetics of the same name. Made available through Sephora, the label quickly achieved success in the United States.

Since the early 2010’s, she has also been making herself known on social media. In fact, she has gained more than 27 million followers on Instagram alone! In 2017, she was featured as one of “The Most Influential People on the Internet” by Time Magazine.

How wealthy is the makeup artist? How successful are her business ventures? Given the audience that she has, is it safe to assume that she also yields a considerable amount of income from social media? According to some sites, Huda Beauty has an estimated net worth of $550 million. How much of this is from her beauty-related works? Let’s find out.

How did Huda Beauty Make Her Money & Wealth?

Hailing from Oklahoma City, Huda Kattan aka “Huda Beauty” moved around frequently during her childhood; growing up, she and her four siblings also lived in Boston, Massachusetts and Cookeville, Tennessee. Upon graduating high school, she studied finance at the University of Michigan. A few years later, she moved to  Dubai, where she stayed briefly, before relocating to Los Angeles. After studying makeup artistry, she landed a job with Revlon as a makeup artist.

In 2010, she started a beauty blog called Huda Beauty, after being encouraged to do so by one of her sisters. Sharing her knowledge, she began to post makeup tutorials on the site, which proved to be popular among netizens. Within a few months, Kattan had gained herself a considerable fanbase online.

By then, she also had a successful YouTube channel—also called Huda Beauty. Noted for her makeup tips and tutorials, her subscriber count shot up at an astonishing speed in the early 2010’s. Fast forward to 2018, and she has gained over 2.4 million subscribers on the video-sharing platform. Some of her most-viewed videos to date include How to Fake a Lip Job, Toothbrush Blackhead Remover and Arabic Contouring Basics, all of which have been viewed millions of times each.

How lucrative is her YouTube career? As of 2018, her channel has received over 98 million views. Given that she makes at least $2 per 1,000 monetized views, she would have easily already earned tens of thousands of dollars from Google Ads.

Speaking of social media, she is also a power user on Instagram, with over 27 million followers. In fact, it’s said that she’s paid upwards of $18,000 for a sponsored post. In 2017, Times Magazine featured her as “One of the Most Influential People on the Internet.”

Perhaps even more impressive, however, is her successful cosmetics line. Launched in 2013 through Sephora, the label has released a number of products over the years including a series of false eyelashes, liquid lipsticks, eyeshadow palettes, highlighter palettes, lip liners, and more.

Earlier this year, she was also given her own reality series on Facebook Watch titled, Huda Boss, which also stars her family members. Premiered on June 12, 2018, it revolves around the beauty blogger’s personal and professional life.

Yes, the makeup guru has been married to her husband, Christopher Goncalo for over a decade.

Does Huda Beauty Have Any Children?

Yes, the couple has a six-year-old daughter named Nour Giselle, who was born in 2012.

Does Huda Beauty Go to College?

Yes, she went to the University of Michigan in Dearborn, Michigan, after graduating high school.

What is Huda Beauty Famous For?

She is perhaps best known on Instagram, where she has over 27 million followers. In 2013, she also launched a successful cosmetics line called Huda Beauty.

According to what it says on her official Twitter account, she currently resides in Dubai. We do not have any pictures of her home at this time.

What Kind of Car Does Huda Beauty Drive?

How Much Money Did Huda Beauty Make Last Year?

The eleventh season of Street Outlaws premiered on June 2, 2018.

For the latest news and updates, be sure to check out her official Facebook page here. Of course, you can also visit her official website at hudabeauty.com. Interested in her line of cosmetics? You can take a look at her makeup collection here.