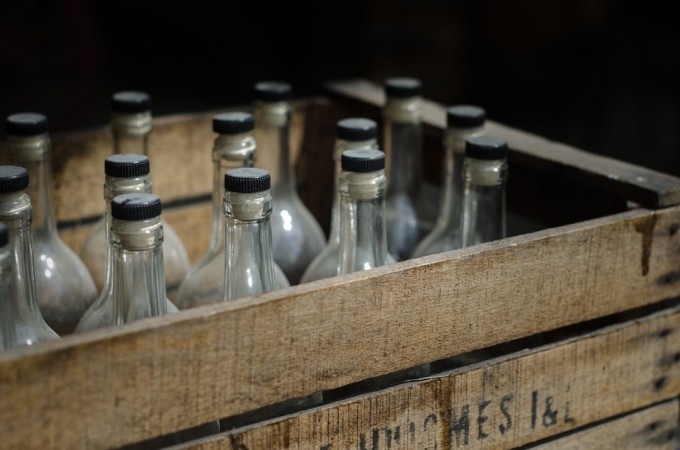 A Health Ministry spokesman said several people had been left with serious effects over the drinks. The spokesman revealed that at least 16 had gone blind and that 170 others had undergone dialysis after drinking the contaminated drinks.

Authorities do all they can to prevent people from drinking in the country. They confiscate the alcoholic drinks and dispose it. Every year, authorities get rid of a high amount of drinks but the bootleg drinks continue to be made or sold by people.

In the last few weeks, close to 500 people have been hospitalized for drinking contaminated bootleg alcohol. Last week, authorities arrested a couple for allegedly producing alcohol.

Officials say millions of liters of alcohol are smuggled into the country every year. The smuggled alcohol could be a little expensive for some and experts believe this is why some are turning to bootleg alcohol.

The alcohol ban for Iranian Muslims was introduced back in 1979. The country does have an exemption for those who are not Muslims. They are allowed to produce alcohol for own consumption or religious purposes.

BBC’s Rana Rahimpour says it is not uncommon for contaminated alcohol to cause injuries or deaths in the country. The shocking part about it is the number of deaths and the amount of incidents being reported around the country.

It has been nearly 40 years since the ban was announced but the alcohol incidents continue to be a problem in Iran. For years, officials have expressed their concern on the increase of alcohol consumption around the country. Several health officials have called for more measures to tackle the problem. Estimates from officials say about $700 million worth of alcoholic drinks are smuggled into the country every year. An official said back in 2012 that only 20 – 30 percent of those drinks are confiscated by authorities.

Malaysia has high taxes on alcohol and homemade alcoholic drinks are popular among some of the population. Police released a statement saying that seven had been arrested on 12 sites, where thousands of bottles of alcohol and cans were found.

In April, bootleg alcohol killed 82 people in Indonesia. Legal alcohol is heavily taxed and many decide to buy the cheap homemade liquor. The batch of contaminated alcohol also left 100 people in critical condition.

Incidents involving bootleg alcohol are common in the countries. Police carry out raids but the bootleg alcohol continues to be sold in many parts. The illegal alcohol is often stored in large plastic containers and sold for a lot less than legal alcohol.

Contaminated alcohol can leave people partially blind and in some cases completely blind. The drinks are often sold in plastic bags or bottles and they can be deadly when they contain fatal amounts of methanol.

In 2011, bootleg alcohol left 50 dead in Ecuador. The incident also left dozens in critical condition. Authorities made several arrests to tackle the issue. One of those arrests was an owner of a winery who police suspected was behind the production of the bootleg liquor.