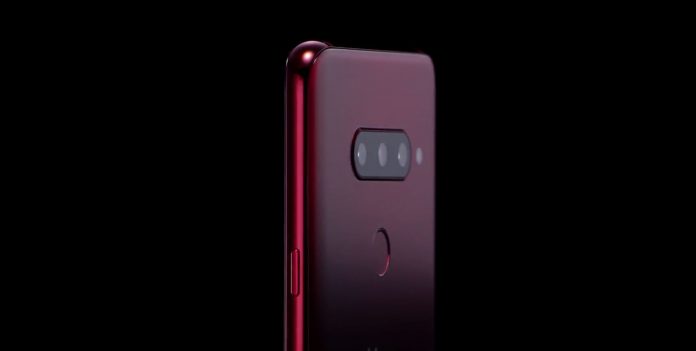 The LG V40 ThinQ is finally official and the device looks like a solid option for those who want something other than a Samsung or Apple release. The LG V40 has flagship specs and some features that still aren’t common among premium smartphones. LG’s latest device is a bit expensive but this is no surprise since every premium smartphone is now reaching the $1,000 price. Here is everything you need to know about the LG V40:

The LG V40 offers specs that are mostly found on premium smartphones. The device is powered by a Snapdragon 845 processor and it comes with 6GB of RAM. There are no details on other variants but we can’t rule this out since smartphone companies often release upgrades with more RAM, storage and a few extra features.

The phone has a 6.4-inch display, which is pretty large when compared to previous releases by the company. The battery is 3,300 mAh.

The LG V40 reminds us of the LG G7, which was released earlier this year. The two devices have some similarities, especially on the design. The back looks quite similar, with the only difference being that the G7 has vertical dual cameras. The LG V40 instead has horizontal cameras. The two also have a fingerprint sensor located under the cameras.

The front also has another similarity, the notch. The display is different and it is much larger this time but the notch reminds us of the LG G7. The notch is no surprise since LG has already featured it on previous releases and now almost every smartphone company has a device with it.

LG is now the third company to release a smartphone with triple rear cameras. The first was Huawei with its P20 Pro and second was Oppo with the R17 Pro. The big difference between the three devices is that the LG V40 is the only one to feature two front cameras.

The LG V40 is similar to the LG G7 in every other aspect but the five cameras and the glass finish are a major improvement.

The LG V40 is already available for pre-order and will release on October 18. The price is a bit high but not exactly a surprise since premium phones continue to get more and more expensive.

The LG V40 starts at $900 but that could vary depending on the mobile carrier. LG has not revealed which markets the phone will be released in. We’ll let you know when more information surfaces about this smartphone.

What do you think about the LG V40? Have you owned any of the releases in the series? Let us know in the comments.