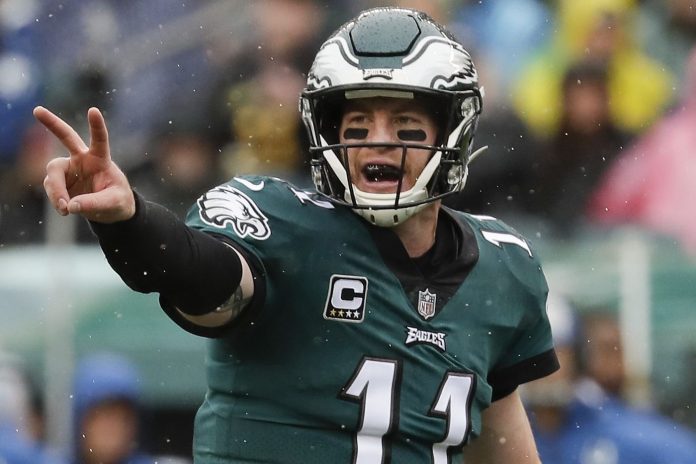 Week 4 of the NFL has not disappointed so far, there have been big surprises throughout the games and many divisions continue to be extremely close. Here are the results of Week 4 so far:

The Rams are now 4 – 0 after a big win against the Vikings. They are at the top of the NFC West, two games ahead of the Seahawks. The Vikings dropped to 1 – 2 – 1 in the season.

The Texans got their first win of the season in a close game against the Colts. The two teams are two games behind the Titans and Jaguars, who are 3 – 1 in the season.

The Bears continued their solid start to the season with a huge victory against the Buccaneers. Tampa Bay has now dropped its last two games after starting the season 2 – 0. The Buccaneers scored just ten points this game and it was recently announced that Jameis Winston will be the starting quarterback for Week 6.

The Bills had a surprising victory last week but things went differently against the Packers. Green Bay scored 22 points while Buffalo had zero. The win puts the Packers in second in the NFC North. The Bills dropped to 1 – 3 in the season.

The Cowboys bounced back after a loss to the Seahawks in Week 3. Dallas is now tied with Philadelphia for second place in the NFC East. The Lions dropped to 1 – 3 in the season.

The Dolphins opened the season with a 3 – 0 record and it seemed like the team was on track to take the AFC East from the Patriots. New England made a big statement this week by easily taking the game against the Dolphins. The Patriots started with a big lead and stopped the Dolphins offense from making big plays.

The Jaguars bounced back after last week’s loss against the Titans. Jacksonville is now tied for first in the AFC South with the Titans, who are on a three game win streak.

The Falcons were involved in another high scoring game but this matchup was also a loss for them. The Falcons scored 36 points but the Bengals had one more to take the win and stay at the top of the NFC North.

The Eagles left with a close victory against the Colts last week and this week’s game was another close one. Philadelphia had a nice lead in the fourth quarter but Mariota made several big plays to get his team in the scoreboard. The game went to over time where the Eagles scored a field goal first. The Titans responded with a touchdown, which gave them the victory. 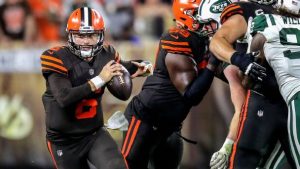 The Raiders came in looking for the win and they barely got by against the Browns. Baker Mayfield’s first start wasn’t a win but the Browns continued to show improvement.

The Ravens dropped division rivals Steelers to 1 – 2 in the season. They are now tied for first place in the NFC North along with the Bengals.

The Giants came in looking for a win against the Saints but Drew Brees and his team continued to show that they are serious contenders in the NFC. The Giants are now last in the NFC East with a 1 – 3 record.

The Seahawks are now 2 – 2 in the season after dropping the first two games. Seattle is currently two games behind the Rams, who are still undefeated.

Update: The Broncos and Chiefs are tied at 10 in the second quarter.