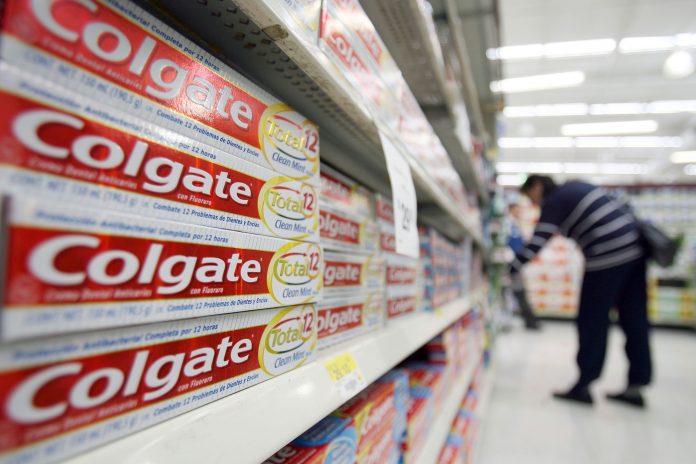 Household, health care and personal care products company Colgate-Palmolive has decided to suspend production at its soap and detergent plant located in Venezuela. A union leader has confirmed that the suspension is due to the lack of boxes to ship the products.

The union leader told news sites through a phone interview that the operations were suspended on Monday. The suspension comes just weeks after packaging company Smurfit Kappa suspended production. In late August, the Venezuelan government seized its plant.

The company was one of the last packaging companies operating in the South American nation. The suspension is not a surprise since the company needs the boxes to ship the products around the country. The union leader said that the company was looking to bring boxes from Colombia.

The suspension only involves the detergent and soap plant but the situation could get worse for other products. The union leader explained that the toothpaste plant was still operating but that it had just one month left of boxes. He added that its operations will also be suspended if the plant does not get cardboard.

Colgate-Palmolive is one of several big companies that are struggling in the South American nation. In the last five years, shortages have affected just about every company operating in the country.

Colgate-Palmolive has five plants in Venezuela but one of those was closed over a year ago. The plant that closed was producing soap, a product that has often seen shortages across the country. The shortages in recent years have forced some Venezuelans to produce their own soap.

President Nicolas Maduro later said the closure was unconstitutional and illegal. It was announced shortly after that the factory had been seized and that production would continue.

In 2016, Kimberly-Clark announced that it was suspending operations in Venezuela. The company, which was producing diapers and tissues, said it made the decision because it did not have the materials or currency to continue operating.

The government later sent workers and announced that it would begin production. The announcement was surrounded by questions since the plant had closed over insufficient raw materials. In April, reports said the company had filed a formal request to take the South American nation to court over the expropriation of its factory in July 2016.