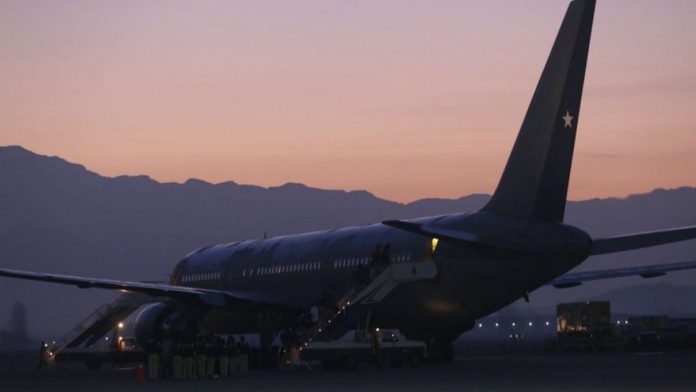 Chile continued its program on Monday, returning hundreds of Haitians who signed up to return to their country. The Haitians were transported by a Chilean air force plane that will also be used to pick up Chileans who want to leave Venezuela.

The Chilean government launched the program a few weeks ago. The first plane to Haiti sent nearly 180 people. The program will likely continue since it was said at the time that more than 1,000 Haitians signed up.

Chile has been a popular destination for Haitians who are escaping poverty and the natural disasters that have affected the island in recent years. Thousands have entered the country but some are not happy with the way things have gone.

Haitian news agencies report that many of the Haitians who returned are disappointed because they could not find jobs. Nearly 180 returned in the first flight a few weeks ago. The program, which will also include the return of Chileans from Venezuela, allows Haitians to return home for free. The only requirement is to sign up and wait for a flight to the country. Those who return to Haiti cannot enter Chile for nine years.

The second flight will head to Venezuela after Haiti. The plane will pick up nearly 100 Chileans who have requested to leave the country. Interior Minister Andres Chadwick has confirmed that the Chileans will be brought back to Santiago.

Voa News reports that 1,600 Haitians have signed up to return home. The program, which might expand to other nationalities, has been criticized by migrant groups. Some of them say they are forced deportations.

Chile has seen thousands of Haitians arrive to the country. The South American nation, which currently has one of the best economies in the continent, was once one of the easiest places to become a resident. Earlier this year, the government made changes to its migration policy. The new changes introduced special visas for Haitians and Venezuelans.

Venezuelans now have the opportunity to request a democratic responsibility visa. The visa grants them temporary residence for one year but it can also be extended for another. For Haitians, a 30 day tourist visa was introduced. The visa must be requested in Haiti.

Chile, which has a population of around 18 million people, has seen hundreds of thousands of Haitians and Venezuelans arrive in the last few years. In August, reports said 147,000 Venezuelans had entered the country this year. In April, reports said there were now more than a million Venezuelans living in Chile.

The Chilean government has not announced the date for the third flight to Haiti but the program will likely return soon as reports say there are more than 1,000 people on the waiting list.