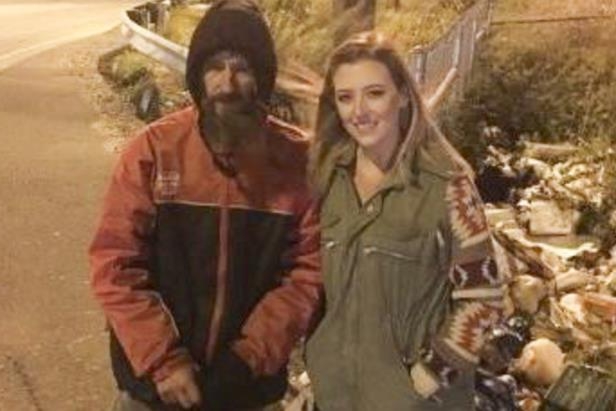 The people behind the story that went viral last year have been charged with conspiracy and theft by deception. Kate McClure and Mark D’Amico were behind a GoFundMe campaign that raised hundreds of thousands of dollars for Johnny Bobbitt.

Mr. Bobbitt, who was homeless at the time, went viral for helping Ms. McClure when her car broke down. The couple later raised $400,000 on GoFundMe to help him.

Things appeared to be going well for the homeless man but in August, the three were in the news when he launched legal action against them. Mr. Bobbitt accused the couple of kicking him out, selling his vehicle and spending the money they raised for him on other things.

Now, prosecutors in New Jersey are saying that he was part of the alleged plot. Burlington County Prosecutor Scott Coffina said that the campaign was predicated on a lie. Prosecutors think the couple and homeless man came up with the plan and campaign months before it went viral.

Mr. Bobbitt and the couple quickly went viral when it surfaced that he had spent his last $20 to help her. The couple later launched a GoFundMe campaign that was a massive success. Thousands of people donated to help Mr. Bobbitt get his life back on track.

Officials believe the photo that went viral was staged. They say the couple previously met him near an underpass when visiting a casino in the area. The couple decided to let him park his vehicle on their property shortly after the campaign. It seemed like his life had changed with the help he had received from the campaign.

Earlier this year, Mr. Bobbitt took legal action against the two. Mr. D’Amico said during an NBC interview that every dollar he touched was used on drugs. Mr. Bobbitt accused the couple of using the money raised to fund a new lifestyle.

The couple said during the campaign that the money would go to financial trusts, a financial adviser and a lawyer for Mr. Bobbitt. The prosecutor said that he only received $75,000 of the money raised. More than $360,000 were said to be spent by the couple on a car and gambling.

The prosecutor has accused the homeless man of being fully complicit in the campaign. Authorities read text messages by the couple and they found that some mentioned financial problems. Reports say Mr. D’Amico was trying to make more money by looking for a book deal for the story.

The three are now facing sentences of five to ten years.