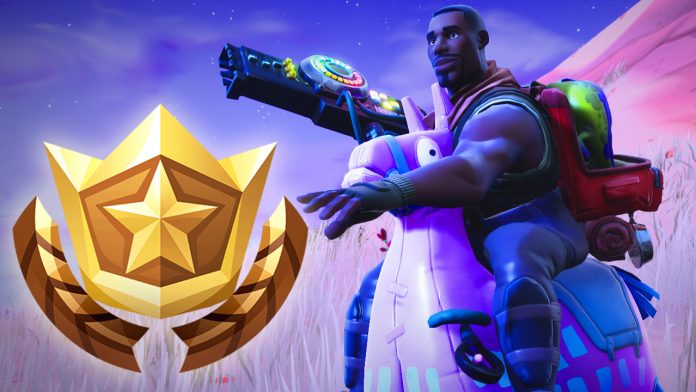 Fortnite released an update just a few hours ago and several leaks on the upcoming content have surfaced. The leaks include several things that will be part of the battle royale game in the next few weeks, including the mystery skin that will be unlocked after completing the weekly challenges. Here is everything you need to know about the latest update and upcoming releases:

The mystery skin for completing the challenges for seven weeks has leaked. The Legendary Hunting Party skin has been there as an unlockable for the challenges but Epic had not shown anything about it. The skin is much different than what we are used to seeing this season. The Hunting Party skin doesn’t appear to be connected to the Halloween update or even the whole story with the cube.

The skin, called A.I.M., is actually a robot with a cool back bling. From the leaked pictures, we can tell that this is not a human skin dressed up as a robot. His metal arms, helmet and legs are clear signs that he is a robot. The best part about the skin appears to be the back bling that will come with it. The back bling is actually a device that counts the number of eliminations you have in the match.

What’s cool about this is that the back bling can be used for other skins. The previous back bling for the skin unlocked for the Season 5 challenges was a bit different. That one was simply a riot shield.

The robot continues to be a mystery, despite the recent leak. With previous skins, Fortnite has given them a little story. The Week 7 challenges are not out yet so we could see some story when the release gets closer.

The NFL and Fortnite have just announced a partnership that will bring skins to the battle royale game. The NFL skins were shown during the trailer, confirming that players will have the chance to buy the skin representing their team. It has also been reported that players will be able to choose the number on the jersey.

The update is an interesting announcement and the first related to sports since the 2018 World Cup. During that tournament, the battle royale game brought soccer uniforms with the colors of the national teams participating.

One of the most interesting news on Fortnite this week is the PCB challenges. No one knows exactly what these challenges are for but an official name as well as the rarity of a contrail have been discovered.

The challenges are quite interesting as they require a lot of playing time and are a bit more difficult than what we are used to seeing from the weekly and skin challenges. The challenges all require to be completed at a participating PC Cafe. The requirement makes it seem like you will have to visit a real life PC Cafe to complete the challenges.

The latest patch has also brought the addition of the Keyboard King Store, which is located at Paradise Palms. We don’t know if the challenges are connected to the new store. We also don’t know if these challenges will be available to all players or if they will actually be released.

Fortnite’s latest update was released during the early hours of Tuesday. The Week 7 challenges will be out on Thursday.

What do you think of the new update? Are you planning to get any NFL Fortnite skins? Let us know in the comments.