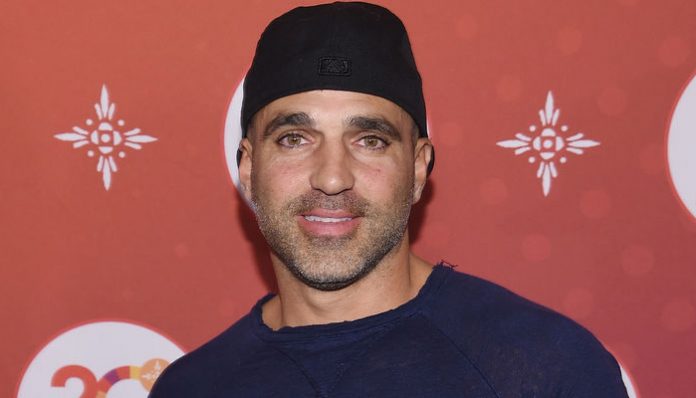 Hailing from New Jersey, Joe Gorga is perhaps best known as the husband of Melissa Gorga—a reality star who appears on The Real Housewives of New Jersey. Accompanying his wife, he made his debut in the third season, which aired in 2011. Since then, he has been featured in nearly 100 episodes of the show.

Since his rise to fame, he has been invited onto a number of other programs such as Watch What Happens: Live, The Dr. Oz Show, Bethenny, Entertainment Tonight and The Wendy Williams Show. On social media, he has also amassed over 450,000 followers.

How wealthy is the TV personality? Is he paid for his appearances on the reality show? What is his day job? According to some sites, Joe Gorga’s current net worth stands at appropriately $2.5 million. What does the 39-year-old owe his wealth to? Let’s find out.

How did Joe Gorga Make His Money & Wealth?

Born on August 21, 1979, in Paterson, New Jersey, Joe Gorga is the son of Giacinto and Antonia Gorga. Unfortunately, not much is known about his early life at this time. One of two children, he has a sister named Teresa Guidice, who was accused of bankruptcy fraud in 2014. Ultimately, it was in his early twenties that he met his current wife Melissa at a local club. Though she initially refused his advances, he eventually managed to win her over with his persistence. A year later, they tied the knot in 2004. Since then, they’ve welcomed three children into the family—Antonia, Gino, and Joey.

In 2011, he and his wife began to star in the popular reality series, The Real Housewives of New Jersey. Introduced in the third season, the couple starred alongside several others including Jacqueline Laurita, Teresa Giudice, Caroline Manzo, and Kathy Walkile. Popular among viewers, the season premiere attracted nearly three million viewers in the United States. By the time it wrapped up in September 2011, the pair had earned themselves a significant fan base.

How much has Joe Gorga earned from the show? While it hasn’t been confirmed, some sites speculate that he receives upwards of $45,000 per season, whereas Melissa receives $65,000 per season. Seeing as how they’ve both appeared on the series for several seasons, it’s easy to see how they would have accumulated a decent amount over the years.

As far as we can tell, both Joe and Melissa will be returning for the ninth season, which will be premiering on Bravo on November 7, 2018. If anything, they’ve most likely managed to negotiate a higher salary.

Aside from The Real Housewives of New Jersey, Joe has appeared in several other television programs since his rise to fame; some of these include The Dr. Oz Show, Manzo’d with Children, Bethenny, The Wendy Williams Show, Entertainment Tonight and Watch What Happens: Live.

Considering his fame, it’s not surprising to know that he also has hundreds of thousands of fans on social media. Given the fan base that he has, it’s likely that he’s also able to monetize his accounts through sponsorships and endorsements.

Does Joe Gorga Have Any Children?

Does Joe Gorga Go to College?

Unfortunately, not much is known about Joe Gorga’s education background at this time. As far as we know though, he has not gone to college.

What is Joe Gorga Famous For?

Joe Gorga gained fame after appearing alongside his wife in the third season of The Real Housewives of New Jersey in 2011.

Joe Gorga lives in New Jersey with his wife and three children. We do not have any additional details on their home at this time.

What Kind of Car Does Joe Gorga Drive?

We do not have any information on Joe Gorga’s car at this time.

How Much Money Did Joe Gorga Make Last Year?

Later this fall, he and his wife will be returning for the ninth season of The Real Housewives of New Jersey, which will be premiering on November 7, 2018.

What’s Joe Gorga up to? If you want to keep updated with his activities, why not follow him on social media? You can find the reality star on Instagram at @Joeygorga or on Twitter at @Joegorga. On Facebook, he also has an official page, which you can visit here.