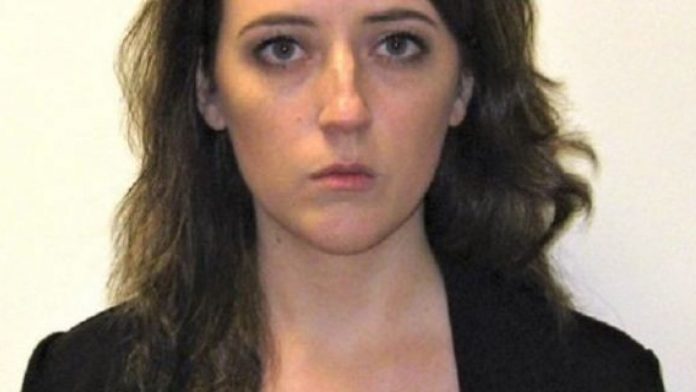 One of the people behind the fake story in which a homeless man gave money to help out a stranger has been suspended from her job. Kate McClure, who was part of the viral story that took place last year, has been charged with theft by deception and conspiracy but the story doesn’t end there. Now, a spokeswoman for the New Jersey Department of Transportation has confirmed that she has been suspended from her job.

The spokeswoman did not reveal if it was a paid or unpaid suspension but the news come just days after prosecutors said the story was all planned by the three.

Kate McClure and her former boyfriend Mark D’Amico were involved in a viral story along with a homeless man, Johnny Bobbitt. The three made news all over the world when it surfaced that Bobbitt had given his last $20 to help her out.

The story gained so much attention that the couple decided to set up a GoFundMe campaign to help him get back on track. The campaign was successful, receiving thousands of donations and raising over $400,000 in a short amount of time. The couple said the money would be used to help Mr. Bobbitt but the three were back on the news earlier this year.

Mr. Bobbitt, who was allowed to park his vehicle in their property after the story, took legal action against the couple just a few months ago. He accused the two of using the money on other things, including a new car and vacations.

Mr. D’Amico later responded to the accusations by saying that Mr. Bobbitt was using the money given to him on drugs. Reports also said that the couple told him to leave their property.

The story then took a different turn when the three were charged with conspiracy and theft by deception. The prosecutor’s office explained that the three had come up with a plan on the story.

Ms. McClure recently released an audio recording of her mentioning that she was not part of the plan. Prosecutors have said that even the picture of her and the homeless man was staged. The three made several TV appearances and interviews shortly after the story went viral.

James Gerrow, the attorney representing Ms. McClure, said to NJ.com that he told Kate that this was inevitable once the charges had been made public. Prosecutors have pointed out that authorities have several messages in which she is warned by family members and friends on what she was doing.

One of the messages was a warning from her mother, who told her that people go to jail for scamming. A friend also warned her about the story, suggesting that she should just donate the rest of the money.

GoFundMe, where the campaign was created by the couple, received more than 10,000 donations from people who wanted to help out Mr. Bobbitt. The donations brought the couple and man more than $400,000. The site has said that it will return the money to those who helped out in the campaign.