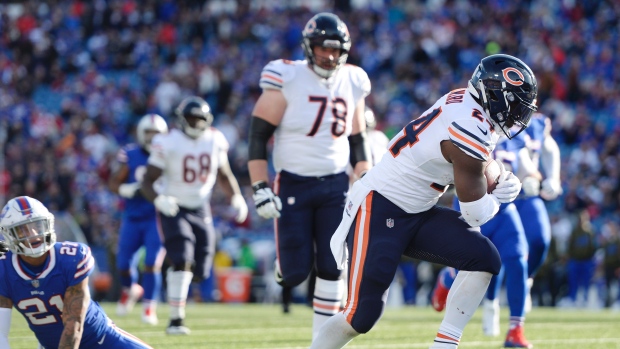 Week 10 has left plenty of surprises across the results. Two teams scored over 50 points while a few others saved their season. Here are the results for Week 10:

The week kicked off on Thursday in a match between the Steelers and Panthers. Pittsburgh scored 52 points and extended its win streak to five. The Panthers dropped to 6 – 3 in the season, which puts them in second in the NFC South. 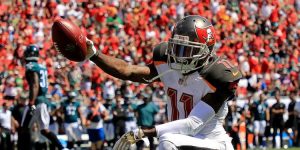 Washington bounced back from last week’s loss with a 16 – 3 victory over Tampa Bay. The Redskins are now 6 – 3 in the season and have a two game lead on the Eagles and Cowboys for the NFC East. The Buccaneers have lost three in a row and are at the bottom of the NFC South.

The Bills got their third win of the season after scoring 41 points on the Jets. Matt Barkley started the game for the Bills and threw for 232 yards and two touchdowns.

The Chiefs improved to 9 – 1 in the season after a 26 – 14 victory over the Cardinals. Kansas City has won its last four games after the loss to New England. The Cardinals are 2 – 7 in the season.

The Bears continued their solid season with a big win over division rival Lions. The win keeps the Bears at the top of the NFC North. The Lions are now 3 – 6 in the season, three games back from first.

The Colts have now won three straight after a close victory against division rival Jaguars. The win puts them two games back from the Houston Texans. The Jaguars have now lost five straight games and now sit at the bottom of the NFC South.

The Saints were the second team to score over 50 points this week. New Orleans has won eight straight and currently have a two game lead in the NFC South. The Bengals have reportedly fired defensive coordinator Teryl Austin.

One of the big surprises of the week was the Titans shutting down the Patriots. Tennessee has won two straight games and they now sit in second in the AFC South. The Patriots dropped to 7 – 3 in the season but they are still two games ahead of the Dolphins in the AFC East.

The Browns ended their losing streak after a nice victory over Atlanta. The Falcons dropped to 4 – 5 in the season, which leaves them four games back from the Saints in the NFC South.

The Chargers extended their win streak to six following a victory over the Raiders. Oakland is now 1 – 8 in the season. The Chargers are 7 – 2 in the season but still two games behind the Chiefs, who have a 9 – 1 record.

The Rams improved to 9 – 1 in the season after a close victory against the Seahawks. Seattle has now dropped its last two games while Los Angeles is at the top of the NFC West.

The Packers bounced back from last week’s loss with a 31 – 12 victory over the Dolphins. The win puts Green Bay in third in the NFC North, which is led by Chicago.

The Eagles came into this game as the favorites but Dallas saved its season with a 27 – 20 victory. The Cowboys got a huge game from Ezekiel Elliott, who had nearly 200 yards. The Eagles dropped to 4 – 5 in the season, which ties them for second with the Cowboys in the NFC East.