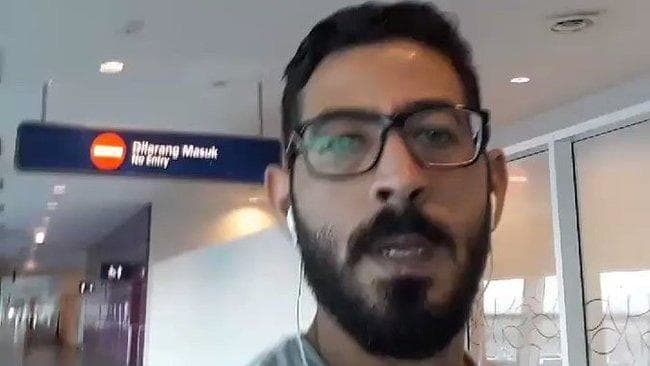 A Syrian man who lived many months in an airport in Malaysia has been given asylum in Canada. Hassan al-Kontar lived seven months in the airport and he gained attention when he began posting updates on his situation.

Mr. Kontar was transported to a Malaysian detention center two months ago and remained there until he was granted asylum in Canada. He received the help of two sponsors who worked on bringing him to the country.

He is scheduled to arrive to the country later today and an official working with one of the sponsors confirmed to the BBC that they learned about the news on Thursday. The two organizations who sponsored him to come to Canada as a refugee are the British Columbia Muslim Association and Canada Caring Society.

The organizations have confirmed that people from all over the world helped raise funds so he could come to Canada. Laurie Cooper, the official who spoke to the BBC, said that he had texted her saying that he could not wait to see her.

Mr. Kontar posted several updates of his situation at the airport. His story gained so much attention that several rights organizations started helping him. The Canada Caring Society even launched a petition asking the government to allow him to enter the country. The petition received thousands of signatures.

In recent months, more and more about his past surfaced. Mr. Kontar, who is from Syria, was working in the insurance industry in the United Arab Emirates when the civil war broke out in his country. The conflict, which began in 2011, has left more than 250,000 people dead. The situation in the country has forced many to flee to Europe and other parts of the world.

The visa expired and he tried to solve the situation by visiting Turkey. He was not allowed to board the plane. He later went to Cambodia but was returned to Malaysia. He was stranded in the airport after those attempts. He started living in the arrivals area and airline staff began giving him food during his stay.

Earlier this year, he spoke to the BBC through a call and said that the uncertainty was driving him crazy. He also said that the UN and airport staff had been in contact with him. He last visited Syria in 2008 and news agencies reported that he had left the country in 2006 to avoid military service.