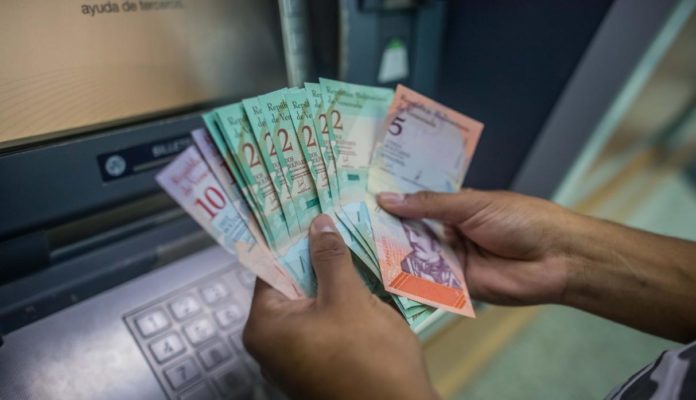 Venezuela’s President Nicolas Maduro has announced an increase on the minimum wage. The increase of 150 percent is no surprise to the population, which has seen several increases over the last few years. The increase is actually the sixth readjustment in 2018.

The raise comes just months after the government introduced major economic changes. One of those changes was removing five zeroes off the currency and bringing new bills. The government also announced a wage increase during the changes in August.

The new increase takes the minimum wage from 1,800 to 4,500 Bolivars. The amount continues to fall short of what Venezuelans need to buy the basic items such as food and medicines.

Wage increases have been constant during Maduro’s time in power. Last year, he announced several increases and this year he has done the same. Many Venezuelans and experts say this is no solution to the problem since it only brings more inflation.

Venezuela currently has one of the highest inflation in the world and it continues to rise every day. The record levels of inflation in 2018 could be nothing compared to what organizations estimate for next year.

Venezuelan’s situation has forced millions to flee in recent years. The UN said earlier this month that three million Venezuelans had left since 2015. The estimates mean that about one of every twelve have left the South American nation.

The UN had said the previous month that almost two million people had left the country in the last three years. The UNHCR estimates that 5,000 Venezuelans are leaving the country each day. The US and Spain are some of the countries outside of South America that have received a high percentage of Venezuelans over the last few years.

Venezuela’s problems began back in 2014 with the drop in oil prices. Since then, the government has announced several measures and changes that experts say do nothing to solve the problem. The Venezuelan government has recently blamed the problems on the sanctions imposed by the US and allies. In early November, the US hit Venezuela with a sanction on gold exports.