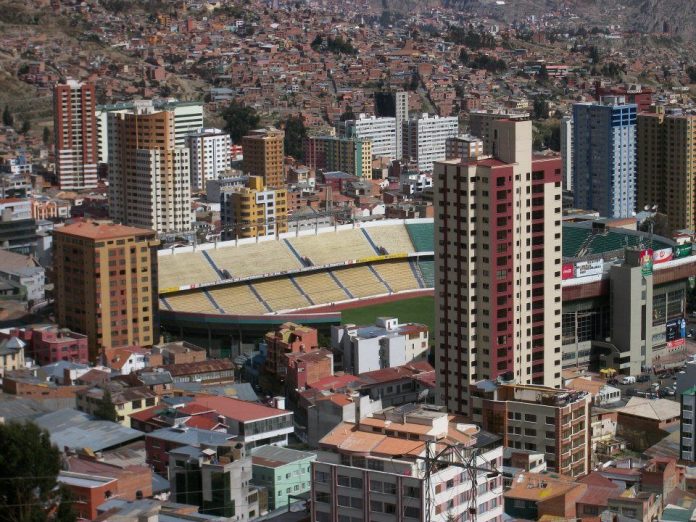 Argentina, Paraguay and Uruguay are seriously interested in hosting the 2030 World Cup. The interest makes them one of the most interesting options since Uruguay hosted the first ever World Cup in 1930. The three nations appeared to be the only ones interested in the continent but Bolivia has now revealed that it would also like to be host.

Bolivia’s President Evo Morales asked for the country to be considered for the Argentina, Uruguay and Paraguay bid. The president expressed the interest during a Mercosur meeting.

The president said that they would like to join as sub hosts for the tournament. If the bid wins, the three countries would host several games. It would be something similar to what the US, Canada and Mexico have planned for the 2026 World Cup. That joint bid was the first to win since the 2002 edition, which was hosted by Japan and South Korea.

The president added that they must unite to earn the World Cup that would mark 100 years of the first football tournament. Reports say the cities that would host games are La Paz, Santa Cruz and Cochabamba.

Bolivia has hosted two Copa Americas, one in 1963 and another in 1997. Its national team has struggled in recent World Cup qualifiers but they have made it to the famous tournament in the past. The country was part of the 1930, 1950 and 1994 World Cups.

Argentina, Paraguay and Uruguay have made it clear that they are looking to host the 2030 World Cup. Messi and Luis Suarez were recently shown wearing jerseys with the numbers 20 and 30 before a World Cup qualifying game.

The joint bid has the big advantage that it would mark the 100 years of the first ever World Cup hosted by Uruguay. South America last hosted the tournament back in 2014 but the continent would be eligible again for the 2030 edition.

The celebration of the 100 years is a big advantage for the bid but the tournament will likely see some strong competition from other countries. Several countries have confirmed or asked others to join them for a bid.

Weeks back, Spain asked Morocco to join them for a World Cup bid. The bid would also be joined by Portugal. UEFA’s President later spoke about the rumored bid and he didn’t show much support, highlighting that it would not be good to have a tournament between different regions.

Morocco might end up bidding anyways if the one with Spain and Portugal is ruled out. Before the request from Spain, the African nation was rumored to be planning a bid with others in the continent. Morocco has made several bids in the past, including one for the 2026 edition. The country was actually the only one competing against the joint bid from the US, Mexico and Canada.

Just a few days ago, Bulgaria expressed its interest in hosting the 2030 edition along with other countries. Its sports minister explained that Bulgaria was considering an investment to make renovations on stadiums. He added that other countries were planning to do the same.

China is also looking to host one of the upcoming editions of the World Cup, according to one report. That report mentioned that China is looking to make two bids, one for 2030 and another for 2034. The first bid is said to be a trial run for the 2034 edition.