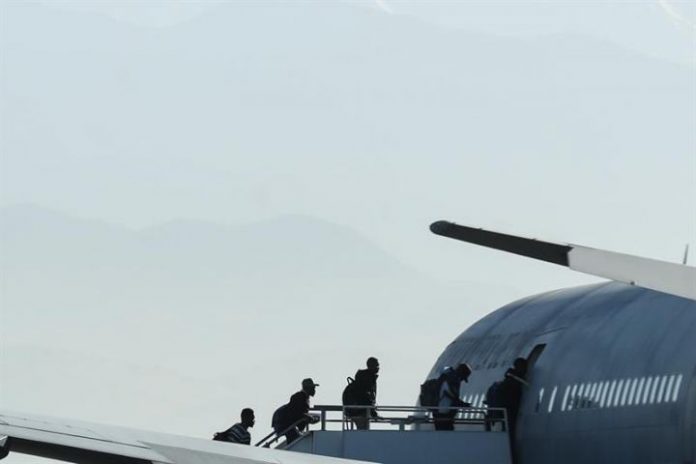 55 Chileans as well as 8 Argentinians arrived to Santiago on Tuesday after signing up for the program from the Chilean government. The group returned from Venezuela, where the economic situation continues to get worse.

The group returned on a plane from the Chilean Air Force, which has been working on the program since the beginning. The return of the 63 people was confirmed by officials.

The plane made a landing in the South American nation after making its way to Haiti. The program was initially launched to return Haitians to their country. The program from the Chilean government was announced months back and it launched recently.

With the program, Haitians can sign up and return home. Chile has taken in hundreds of thousands of Haitians but many have expressed interest in returning home. Some have told news sites that they have decided to return since they cannot find jobs.

The program began a few months ago and reports said that more than 1,000 Haitians signed up. The first flight arrived to Haiti a few weeks ago and the program continued with its second return.

The program has since expanded to Venezuela, where many Chilean citizens have asked the government for help. Venezuela took in thousands of Chileans during the dictatorship and many remained there. The situation has gotten worse in the South American nation with the IMF predicting that inflation will reach ten million percent next year.

Many Chilean citizens have asked for a return and the first group was brought back a few weeks ago. They were welcomed by Chilean government officials after exiting the plane.

More than 500 Haitians have returned to their country since the program was launched earlier this year. The program is free for those who sign up but the government has made it clear that those who leave cannot return to Chile for nine years.

Agreement Between Argentina and Chile

With the third flight, Chile also brought back a few Argentine citizens. Reports say this was done as part of an agreement between the two South American nations. The returning Chileans were also welcomed by government officials.