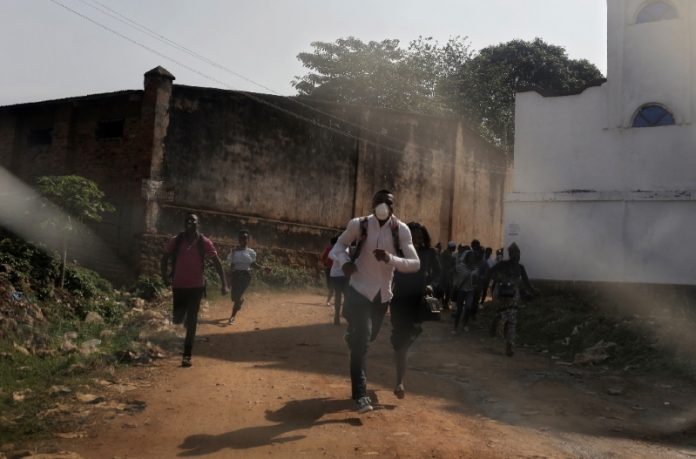 The election delay in DRC sparked a protest that turned violent when security forces arrived to disperse the crowd. The protest broke out when it was announced that the presidential election would be delayed by three months.

In some cities, protesters and security forces clashed for hours. In the city of Beni, security forces fired shots and teargas at protesters. Authorities accused the protesters of attacking the office of an agency working on Ebola response and entering an isolation center. The incident forced patients to exit the building.

The announcement of the delay has sparked controversy since it will leave out over a million people from the vote scheduled on December 30. The move is expected to benefit the ruling party and its candidate.

The delay is just for some areas of the country. It includes Butembo, Beni, Yumbi and a few other smaller areas. The vote for those areas will happen some time next year. The problem with that is that the vote will come after the president has taken office.

The delay was announced by the national electoral commission. The commission said that the delay was made over the Ebola outbreak and potential terrorist attacks. The announcement quickly sparked protests in the areas that will be included in the delay.

The commission said through a statement that the elections lead to important movement of voters to voting centers and that this risks the propagation of the disease and provides the conditions for terrorist attacks.

The controversial delay has caused anger among the population in those areas. It is not the first delay for that election. The vote was originally going to take place on December 23 but it was moved up another week. The delay also caused anger among voters since many had traveled across the country to vote. Many of them had to leave the areas they had traveled to.

The health ministry had a different opinion when it came to the presidential election. They had previously said that the Ebola outbreak would not stop the election from taking place.

The delay is also surrounded by questions since the government has not explained how the process will work. The biggest question is what the government will do with the votes from those areas since the election will take place before.

Opposition leaders accuse the current president Joseph Kabila of being behind the decision to delay those areas. Kabila has been in power since January 2001 and won elections in 2006 and 2011. His mandate expired two years ago but he did not step down. The commission later said that it had not held a census to know how many voters are in the country. They also said they did not have the nearly one billion dollars needed to hold an election.

Kabila recently told Al Jazeera that the date has now been fixed and that he believes the elections will take place on that particular date. The president also said that elections have been delayed because the registration of the voters has taken two years to complete.

More than 20 candidates are competing in the presidential election. The commission has said that the results will be given on January 15. Earlier today, the country announced that it would expel the European Union ambassador Bart Ouvry. The decision came after the EU renewed its sanctions against DRC officials.