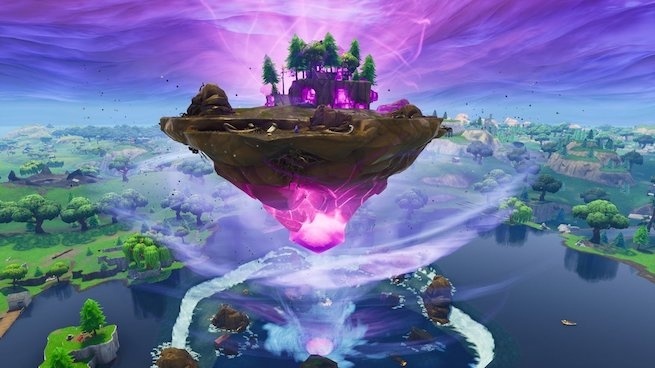 Fortnite is quite popular for its battle royale mode but Epic Games will soon be introducing a new game mode that allows players to make their own environments. The game mode, known as Creative, will let players design and play on their own islands.

The Fortnite Creative game mode has also appeared in the official announcement by the game developer. The video shows players competing in mini games as well as areas that have been created.

Playground and Creative sound similar but there is a lot more to the upcoming game mode. Playground basically puts you in the same map that we play over and over again. Creative will allow you to create your own and play it. Many are now comparing this game mode to the super popular title Minecraft, which allows players to make amazing creations.

The creations by the players can be saved and they can also be played by friends. There will also be a hub where players can access the creations that other members of the community have created.

Fortnite Creative is seen as an expansion to the popular Playground Mode. The new addition will now give Fortnite three game modes to choose from. Battle Royale will likely continue being the star of the show but Creative will for sure catch the attention of those who love to build and design in games.

Fortnite has been a huge hit since its debut last year. The popular battle royale title has earned hundreds of millions of dollars for Epic, which is preparing to release Season 7 in just a few hours. The game’s biggest attraction is that it is free to play but gamers have the option to spend money on the skins and cosmetics that are regularly added to the item shop.

Fortnite has made several updates throughout the months but Creative is easily one of the biggest yet. The announcement comes just hours before the debut of Season 7, which promises to bring major changes to the map as well as new skins.

Fortnite is available on platforms such as PC, Switch, PlayStation 4, Android, iOS and Xbox One.

What do you think about the new announcement? What are you waiting to see in Season 7? Let us know in the comments.