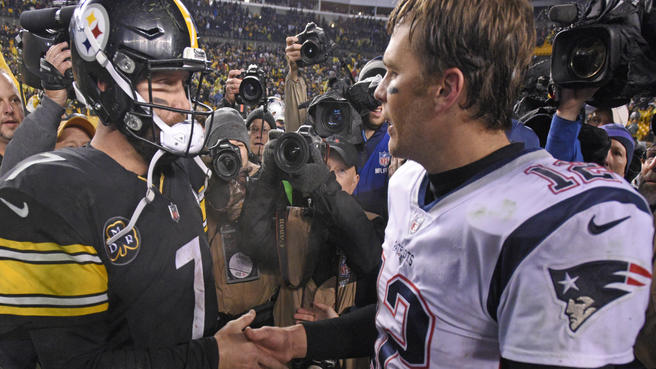 The Chargers and Chiefs game was one of the craziest of the week. It seemed like KC was on its way to another victory on the season but the Chargers fought back and scored late in the game to even things up. The Chargers decided not to kick the extra point and instead go for two with less than 10 seconds to go in the game. The decision paid off as it gave the Chargers a huge W in the AFC West.

The Texans struggled to get things going against the Jets at times but still left with a win. Houston continues to have a two game lead over the Colts in the AFC South.

The Falcons scored 40 points on the Cardinals but Atlanta is out of the playoff race with a 5 – 9 record. The Cardinals are tied with the Raiders with the worst record in the league at 3 – 11.

The Browns are still in the wild card race following a one point victory over the Broncos. The Browns have won six games this season, four more than they did in the two previous seasons.

The Vikings remain in the wild card hunt following a huge victory over the Dolphins, who were coming off that miracle game against the Patriots. The Dolphins dropped to 7 – 7 in the season while the Vikings improved to 7 – 6 – 1.

The Bengals dropped the Raiders to a 3 – 11 record. Both teams have been out of the playoff race for a while, especially the Raiders, who have a serious shot at getting the number one overall pick. 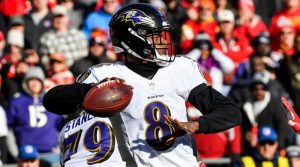 The Ravens bounced back from last week’s loss with a 20 – 12 victory over the Buccaneers. Baltimore is now 8 – 6 in the season, which puts them second in the AFC North.

The red hot Cowboys visited the Colts and were shut out 23 – 0. Dallas was one of two teams in the NFC East that were shut out this week, with the other being the Giants.

The Bears got closer to the number two seed after a big win over the Packers. The Rams lost yesterday, putting the Bears one game back. They hold the tiebreaker since they won last week against the Rams.

The Bills left with a close win against the Lions, who have the worst record in the NFC North at 5 – 9. The win puts the Bills at 5 – 9 in the season.

The Giants were shut out by the Titans in a game in which Henry had crazy stats once again. The Titans are tied for second in the AFC South with the Colts at 8 – 6.

The Redskins pulled off a close victory and remain in the race for the NFC East. Washington is one game back of the Cowboys for the division lead.

The Steelers and Patriots were both looking to bounce back from losses and it was Pittsburgh who left with the W. The loss hurt New England’s chances of homefield advantage in the playoffs.

The 49ers spoiled the Seahawks wild card run with a 26 – 23 victory. Seattle remains alive in the race but this loss is not good news since it is pretty close in the NFC.

The Rams came in as heavy favorites for this matchup but the Eagles made it clear early that this would not be easy. The Eagles went off in the second quarter, scoring 17 points to go ahead 30 – 13. The Rams scored ten unanswered points and had the chance to tie late in the game but Goff threw several incompletions and time ran out.