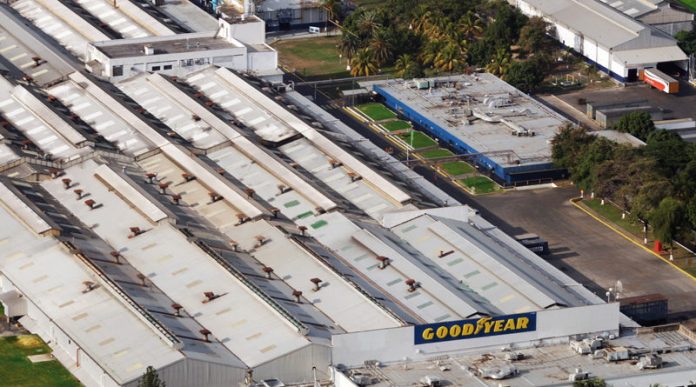 Goodyear announced earlier today that it will cease operations in Venezuela. The announcement is no surprise since several companies have left the country over the economic situation.

The tire manufacturer released a statement saying that Goodyear-Venezuela had made the difficult decision to stop producing tires. The statement adds that the goal had been to maintain operations in the country but that the sanctions and economic conditions had made this impossible.

Reports say employees have already been informed of the company’s decision and that Goodyear is currently working on their payments. Reuters recently reported that employees will receive ten tires as well as their payment.

The US recently stepped up its sanctions against the South American country. A few weeks back, Venezuela was hit with sanctions from the US. The sanctions were against the country’s gold exports.

Last year, several government officials were hit with sanctions over the elections. The Trump administration has avoided a full oil embargo but reports have mentioned recently that the idea has been discussed.

Back in September, fast food chain McDonald’s decided to close several locations in Venezuela. The announcement only involved a few locations but it was yet another sign that large companies are having a difficult time in the country.

In October, Colgate-Palmolive announced a suspension of production in the country. The suspension involved its detergent and soap plant. A union leader confirmed that the suspension was made over the lack of packaging for the products.

Colgate-Palmolive continues to operate in the country but it has had a difficult time like many other companies. It currently has five plants in the country but one of them was closed back in 2017. The lack of packaging threatened to leave other products such as toothpaste without boxes. The union leader explained that the plant producing toothpaste only had a month left of boxes.

Maduro and government officials have denied that the numbers are that high. The country’s central bank has not released any data related to inflation in years. Most of the data comes from the national assembly, which is currently held by the opposition, and other experts.

The announcement from Goodyear is another hit to the country’s car industry. Tires are already difficult to find and most of the population cannot afford to change them regularly. Tire maker Pirelli has also suspended its production in a few occasions due to the situation.