YouTuber Comes Up With Glitter Trick For Package Thieves 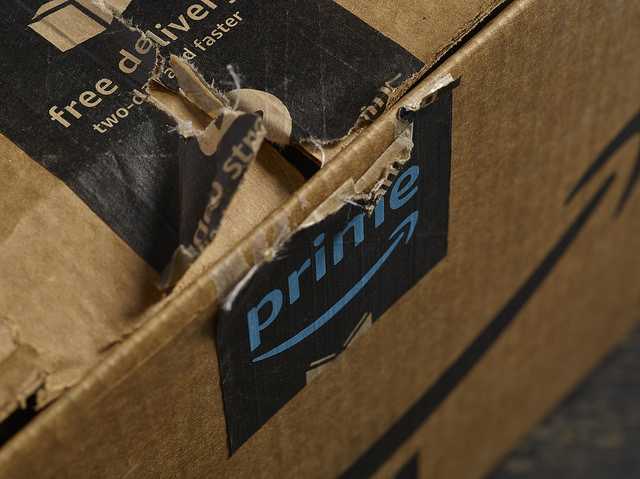 Package theft is a real problem in some areas and it is quite difficult for authorities to catch those behind it. Thieves can simply walk to a doorstep and take a package that’s been left by Amazon or any other company. But one YouTuber had enough of the package thefts and decided to take action.

Mark Rober, a former Nasa engineer, spent a total of six months working on a mechanism that would surprise package thieves. He came up with the idea since several packages were stolen from his doorstep.

He placed the device inside an Apple Homepod box and left it there for thieves to see. The former Nasa engineer, who is now making YouTube videos, used several smartphones, one pound of glitter and a circuit board for his creation.

The idea worked as he caught the thieves that could not be stopped by authorities. The idea came after he contacted authorities and was told that they were unable to investigate the theft.

The YouTuber spent months thinking about the trap and how it would work. The trap was designed to activate when the package was opened by thieves. He set up cameras and microphones nearby to capture the reactions as well as the sound.

The package was programmed to check the GPS signal to see if it had been moved from its place. Whenever the package confirmed that it was moved, a signal activated the smartphones as well as the microphones.

The package not only contained glitter to surprise the thieves but also a strong smelly spray. The device was designed to spray every 30 seconds.

Mr. Rober took things to a new level by even hiding a reference from a movie known for crazy traps. The former Nasa engineer left the package with a label saying it had been sent by Kevin McCallister, the boy from the Home Alone movie.

Mr. Rober placed the package on his door and it quickly began seeing thieves. He captured every moment the package was grabbed by thieves. He would reactivate the package for the thieves since they kept coming to his doorstep.

The packages proved to be a success since the thieves abandoned them every time. A video shows the moment when people open the packages and get glitter all over them. His friend, who also had the same problem, left one of the packages at the doorstep and it immediately caught the attention of thieves. The video shows one thief stopping near the home and exiting his car to go grab the package. The thief leaves with the package but is later surprised by the glitter and strong smell. He decides to throw the package out of the car.

Mr. Rober’s video has been a success on YouTube, where it currently has more than ten million views. The former Nasa engineer is one of many people who have seen their packages disappear from their doorstep. The problem is so bad that Amazon has come up with ways to stop this from happening. The online retailer currently has a service known as Amazon Key, which allows delivery people to enter homes and place the package inside. Many are not convinced by the idea since it involves letting a stranger in the home.

Amazon has come up with other ways to prevent this from happening. The company recently teamed up with authorities in New Jersey to place fake packages and catch thieves. The packages are equipped with a GPS to let authorities know where they have been taken.