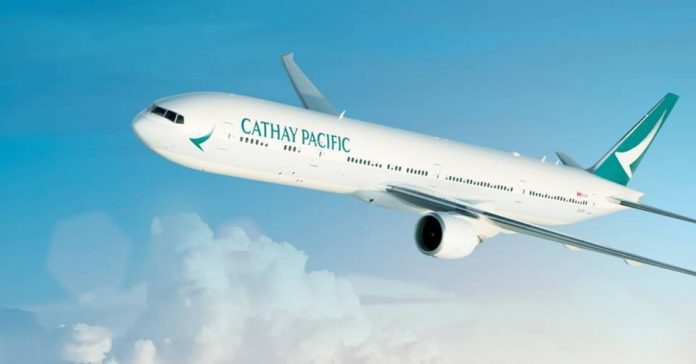 Cathay Pacific has announced that it will honor first-class and business-class tickets that were sold at very low prices after a mistake. The airline, which usually sells those tickets for thousands of dollars, mistakenly sold business-class seats for just $675. The mistake was made on an August flight from Vietnam to New York.

Tickets for that flight are usually sold at around $16,000. In the month before and after the mistake, the prices were close to $16,000 for that route. The airline found out about the mistake but decided to honor the tickets.

The mistake was first spotted by those who love to travel. Travel bloggers quickly began talking about the low prices and some went to buy a ticket. Cathay Pacific later corrected the mistake and the prices were back to normal.

One of the people who found out about the low price was Mac Jaehnert. He found the information on social media and decided to book a flight from Boston to Hong Kong. The booking included an onward flight to Hanoi in business class for $1,220. The first-class ticket to Hong Kong alone would have been thousands of dollars with the normal price.

The low price made the tickets a must buy for Mr. Jaehnert. He had always wanted to travel in first class but he told the BBC that he often travels in economy class. He is a travel blogger and also a social media manager for a tech company.

He told the news agency that a one way ticket with the airline is like $18,000 and that it is a bit out of his price range. He says he did the math and found that there was like a 95 percent discount on the ticket.

At first, he thought it was a once in a lifetime deal or a mistake by the airline. He later found that the airline had made a mistake but that they decided to honor the tickets.

The airline did not give any details on how the mistake happened or how many tickets were sold when the discounts were up. The airline’s official Twitter account confirmed that they would honor the tickets mistakenly sold during that time.

The mistake from Cathay Pacific was one of many problems that the company ran into last year. The airline posted back to back losses in early 2018. The losses were said to be happening over the strong competition from airlines in the country.

In late 2018, the company ran into more problems when it was the subject of a data breach. The breach put the personal information of over nine million passengers in danger. A few weeks before the data breach, the airline had to send one of its planes back to the shop after an embarrassing mistake was made on its name. The airline’s name was misspelled on the side of the plane.

It is not the first time than an airline makes a mistake on its ticket prices. The mistakes don’t always end up being honored by the airlines though. Some decide to cancel the tickets while others decide to give it a smaller discount.

Cathay Pacific has decided to make those lucky passengers happy by keeping the prices exactly how they found them.