Moving your Business to Houston – What You Need To Know 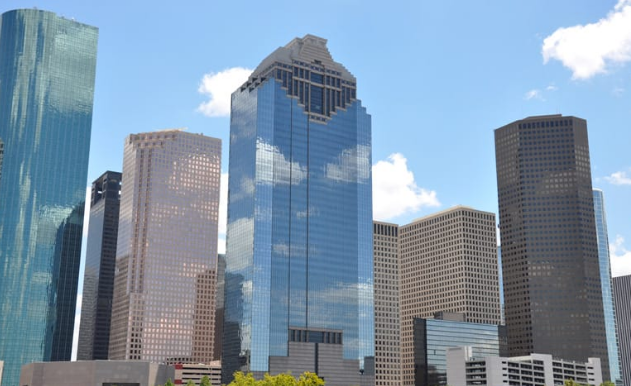 For a business to thrive, it needs to be in the best possible environment conducive for its growth. As such, many businesses move to locations which work best for them. Houston, Texas provides some of the very best conditions for both small and large businesses. For business owners in places such as California, the realities of doing business aren’t favorable for a small business, or one that hasn’t gotten to its feet. For some business owners, moving their business to Houston is the best way to not only stay afloat but also thrive. So, why is Houston, Texas the best place to run your business?

One of the main reason why businesses are moving from neighboring states to Texas is because of its excellent business tax laws. Franchise businesses have a tax rate of 1% and qualifying businesses get even lower at .5%. On average, businesses that generate less than $10m in revenue pay a tax rate of .575%. These rates are highly favorable as compared to neighboring states such as California which have a corporate tax rate of anywhere between 4-9%. This means individuals end up losing about 29.9% of their earnings in taxes which is terrible for business.

Although workspace laws are meant to provide safety and equal opportunity for all, they can sometimes be a hindrance for business growth. Imposing too many workplace laws might stifle the business from growing. In some states such as California, the workplace laws seem to be increasing. From wage laws, retaliatory regulations, gender-neutral restrooms, fair pay act, and many others. Businesses are finding it difficult to keep up. In Texas, things are different. The minimum wage is set to the federal level at $7.25 per hour, and the cost of living is significantly lower all through. For this reason, a business doesn’t have to worry about complying with the many workplace laws to avoid fines and even possible jail time.

Huston has a better economy

According to CNBC, Texas was named as the best state for business in 2018 partly due to its massive $1.6 trillion economy. In Houston, there is a blend of all sorts of businesses. It also boasts of hosting two of the largest businesses in mining and oil in the nation. Due to the great job market and low cost of living, there are plenty of workers available. Because some of the basic needs such as housing food and others are low, you find that people in this state stand to make more money. Infrastructure wise, Houston also has cost-efficient and stable internet in the country. The average bandwidth here stands at 46.4Mbps which is significantly higher than many other states. Companies such as Digitalexits help businesses choose the best provider according to their needs.

As such, not only is moving your business to Houston possible, it is the right thing to do for your business. If you want your business to flourish, you will move it to where conditions are optimum. Move your enterprise to Texas today! You won’t regret it.