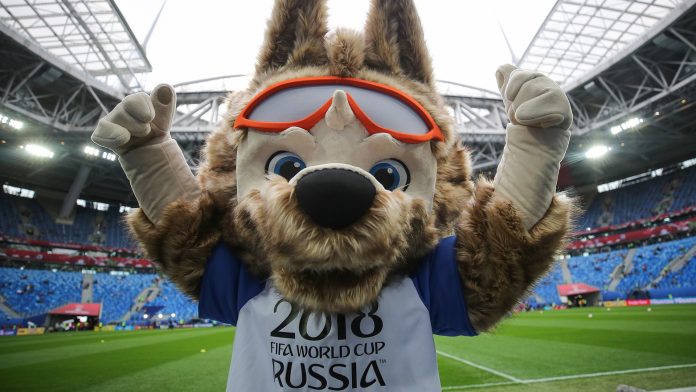 The 2018 World Cup ended over six months ago but a Russian official recently revealed that thousands of tourists remain in the country. The official went on to add that more than 5,000 tourists were still in the country and that they were working to have them out of the country by the end of March.

The official did not give any details on what the tourists are doing in the country or their nationalities. But a new report reveals that close to 2,000 Nigerians are among the 5,000 tourists that remain in the country.

Russia introduced a visa free system for those who wanted to enter the country for the sporting event, which started back in June. The event ended a month later and tourists were given the opportunity to stay a bit longer. The ID system ended in December 2018 but reports revealed that thousands stayed in the country.

Thousands entered the country with the ID system and a big percentage of them left shortly after the tournament ended. The Russian Ministry said that over 12,000 stayed after the ID system came to an end. That number is now less than half at around 5,500.

The numbers of the tourists that remain in the country come from the Interior Ministry press service RIA Novosti. They received the numbers on Thursday, with Nigerians making up the largest group of tourists that stayed in Russia after the World Cup. The African nation has 1,863 citizens still in Russia. The second and third highest number of citizens come from Vietnam and Bangladesh.

Vietnam and Bangladesh did not qualify for the 2018 World Cup but the two nations have 911 and 456 people still in Russia. Senegal has over 250 citizens in Russia.

Nigeria and Senegal did qualify for the World Cup but were eliminated during the group stage. The government did not give any details on what they are doing in the country. The Interior Ministry has confirmed that they are working to have the tourists out of the country by the end of March.

Russia saw more than 600,000 visitors during the 2018 World Cup. More than 12,000 stayed in the country after the ID system expired but less than half remain now.

Reports say some of the people used the process not to attend the matches but remain in the country. Others are said to have used the process to enter Russia and then move to Europe and other places. Reports have also added that some groups entered the country to file for asylum.

Before the final, a group of Nigerian men were in the news after they sat outside of their country’s embassy in Moscow. The group visited the embassy to get help and return home. Authorities later explained that the group was promised by an agency in their country that they would find jobs there. The group acquired documents to enter the country but later found that the information from the agency was false promises.

The 2018 World Cup kicked off on June 14 with host nation Russia facing Saudi Arabia. Russia would go on to win that game and qualify for the second round, where they eliminated 2010 WC winners Spain in penalty kicks. Croatia and France reached the final and it was France that took its second World Cup trophy.