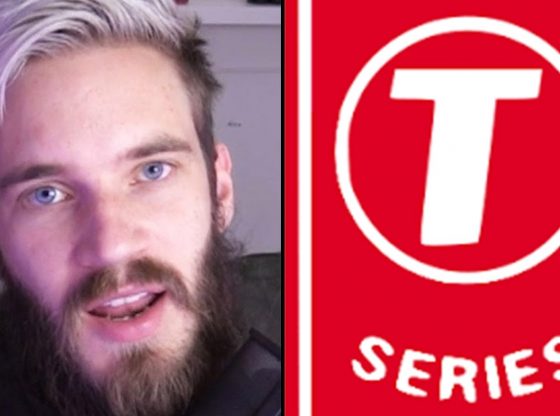 PewDiePie is the king of YouTube at the moment but there is one channel that is getting closer and closer to the top spot. That channel is T-Series, which has been top two for quite some time now.

The popular music channel has continued growing at a rapid pace but has not been able to take the top spot from PewDiePie. The Swedish YouTuber has been at the top for years and no other channel had ever come close to having the most subscribers.

T-Series has been close to taking the top spot on many occasions. The channels have been just a few hundred thousand subscribers apart. At one point, it seemed like the channel would be at the top in just a few hours. In all of those occasions, PewDiePie’s channel has managed to continue the lead over T-Series.

PewDiePie gained ground when we first thought that T-Series would become the channel with the most subscribers on YouTube. The race has been close a few times but the music channel is putting the pressure once again.

The two channels are at 83 million subscribers each. Less than 200,000 subscribers set them apart, which means that T-Series could take the top spot in the next few days if its growth continues at this pace.

PewDiePie knows that T-Series is a serious competitor and has already made a diss track and videos on the whole thing. The videos and campaigns from fans seem to have worked since they have kept the Swedish YouTuber as the most subscribed channel on the video site.

T-Series has made a serious push in the last few days, with lots of subscribers and views coming in. The music channel has videos with 121 million, 353 million and 26 million views. What’s crazy about those numbers is that the videos were posted just a month ago.

Impressive Numbers From The Two

PewDiePie’s most viewed video in the last few months is the diss track made for T-Series. That video has over 115 million views but it was posted three months ago. Those are good numbers but T-Series continues to rack up views at a crazy pace.

PewDiePie’s time as the king of YouTube has been very impressive. The channel, which includes gaming, diss tracks and reaction videos, has held the top spot for years. No individual channel has come close to taking the number one spot from Felix.

The T-Series vs. PewDiePie race has been so close for months that there are live streams dedicated to showing the subscriber count for each channel. According to FlareTV’s live stream, PewDiePie is currently ahead of T-Series by 146,900 subscribers. The two channels are in a league of their own as the number three and four spots are far back with 48 million and 46 million subscribers each.

PewDiePie has a small lead on the race with T-Series but who knows, maybe he’ll bounce back again and gain some distance from the popular music channel.