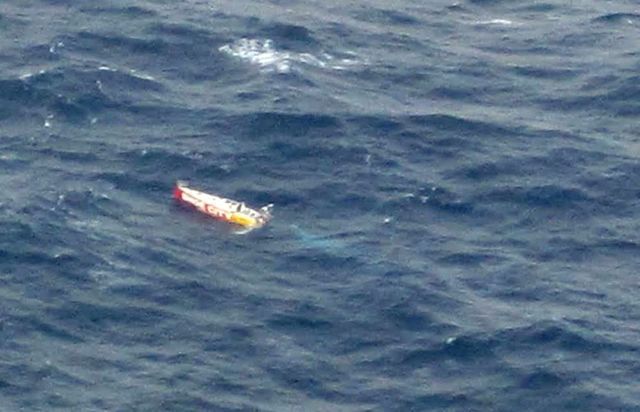 Back in 2010, Abby Sunderland had to be rescued in rough waters. Sunderland, who was 16 years old at the time, was brought back to land safely but her boat was abandoned. The boat, named Wild Eyes, was never recovered and Abby thought she would never see it again.

That changed recently when the boat was found floating upside down near the coast of Australia. The boat was found in bad shape, with its hull showing signs that it had been abandoned for over eight years.

She released a statement in which she says that her heart skipped a beat and that it brought back many good memories and not so good ones. The abandoned boat was spotted by a plane at around 12:30 PM on Monday. The boat was around 11 nautical miles from Vivonne Bay, Kangaroo Island.

Authorities were contacted about the discovery and they sent in a helicopter and two fishing vessels. The boat had not been seen since the rescue of the teenager back in 2010.

Abby wrote about what happened shortly after the rescue and mentions that she will probably never see Wild Eyes again. She returned to the US a few weeks later since she thought she would never find the boat.

In a blog post made in 2010, Abby wrote that a lot of people have been asking about the boat. In the post, she mentions that it was still afloat when she was rescued and that it could end up on a beach in Western Australia at some point.

Abby Sunderland began her record attempt on January 23 but had to restart in Cabo San Lucas due to an electrical problem. The restart happened ten days after she began her first attempt.

Wild Eyes was purchased by the family the previous year. The purchase was made just months after her brother became the first person under the age of 18 to sail around the world alone.

Sunderland started her journey in California and then stopped at Cabo San Lucas due to several issues, including the electrical one. She made it all the way to Cape Town, which would be the last stop before her rescue.

Sunderland said on Thursday that she was curious to see if any equipment made it. She was recording her journey around the world and shut the hatch before being rescued. She said it would be great to retrieve the boat but added that she doesn’t think it will happen due to the costs.

Australian Jessica Watson, who is just five months older than Abby, is the youngest person to complete the journey. She completed the sail around the world in May 2010. The completion came less than a week before Abby left Cape Town, where she stopped to make some repairs.