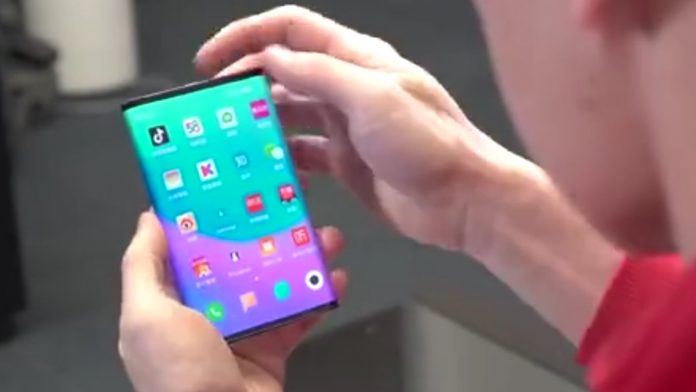 Xiaomi’s Co-Founder and President Lin Bin has posted a one minute teaser of a foldable phone. The teaser, posted on Weibo, shows a bit of how the technology works when the device is opened and folded.

The one minute teaser is one of the most detailed presentations of a foldable phone so far. But Xiaomi doesn’t really give any information on the specs of the device or if it will arrive to stores later this year.

Bin noted that the company has conquered a series of problems on the screen, the folding technology and the adaptation of its MIUI software. The MIUI software can be spotted during the video.

The teaser showing the foldable phone is not exactly a surprise from the company. It’s been rumored for months that many smartphone companies are working on the same technology. Xiaomi is among the many expected to release a device with this technology some time in 2019 or 2020.

The foldable phone actually appeared in a leak just a few weeks back. At the time, there wasn’t a big look at the device like we see on the teaser. Xiaomi will be at MWC 2019 so there could be more information during that event.

What we do know is that the company will be competing against other giants such as Samsung and Huawei. For months, it’s been rumored that Samsung will release a device known as the Galaxy F. The South Korean giant has already shown its foldable device but that appearance was brief and no one got their hands on it.

Samsung’s foldable device is rumored to be coming in early 2019, right around the same time as the Galaxy S10. Huawei has also confirmed that it is working on a foldable smartphone. The company said last year that it had a prototype but that it still needed to solve a few problems with the technology.

Samsung and Huawei were looking to become the first to release a device with this technology but they were beaten by a smaller company, Royole. Months back, the company surprised the tech world by releasing the FlexPai Phone. The device isn’t in the affordable category but it is among the first to be foldable.

Foldable phones are expected to be very pricey, with reports putting prices between $1,500 – $2,000. Xiaomi has not given details on the price of its device but we don’t think it will fall in the budget segment.