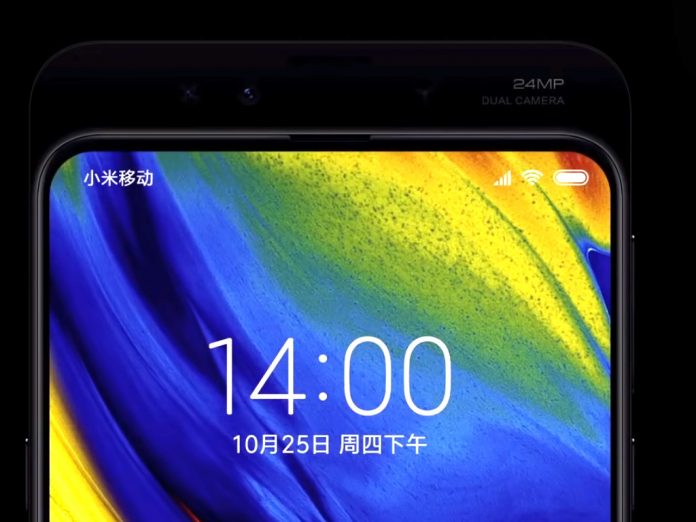 Xiaomi will likely be making an appearance at this year’s Mobile World Congress, and the Chinese giant might bring a few products with it. Among the products could be the Mi Mix 3 but with an extra feature that many phones don’t have yet.

The expected device for MWC 2019 is the Mi Mix 3 5G. Xiaomi confirmed the device months ago and actually showed it for the first time at CES 2019 in Las Vegas. MWC has seen plenty of smartphones throughout its history so this is the perfect time for the company to officially unveil the device.

Xiaomi has not really confirmed if the phone will actually be there but the company did reveal a few days ago that it will be holding a press briefing just a day before the event officially begins.

The press briefing could end up being for the smartphone since other smartphone makers have done the same thing in the past. The Mi Mix 3 5G made a brief appearance at CES 2019 but this could be the very first time that the media and everyone there gets a closer look.

The big difference from the standard Mi Mix 3 and the one with 5G is that it has Qualcomm’s 5G-enabled modem. This allows it to offer download speeds of 2 GB/s. This will require 5G networks, a technology that is still rare around the world.

Xiaomi’s invitation to the press briefing has surfaced on many tech sites. This means that the company will be there but the big question now is if the Mi Mix 3 5G will make an appearance. Xiaomi offers plenty of smartphones but the company is also known for releasing other products, so the announcement could be for something completely different.

The Mi Mix series debuted back in late 2016, breaking records right away. The first Mi Mix was a game changer since it was among the first smartphones to be nearly all screen on the front. This is now common today but the series has continued making big changes.

The Mi Mix 3, released in October, has the biggest changes yet. The phone has a slider feature that hides the front camera setup and sensors. The device is pretty much all screen on the front.

MWC 2019 will take place in the last days of February so we might see some more information surface before the event begins.