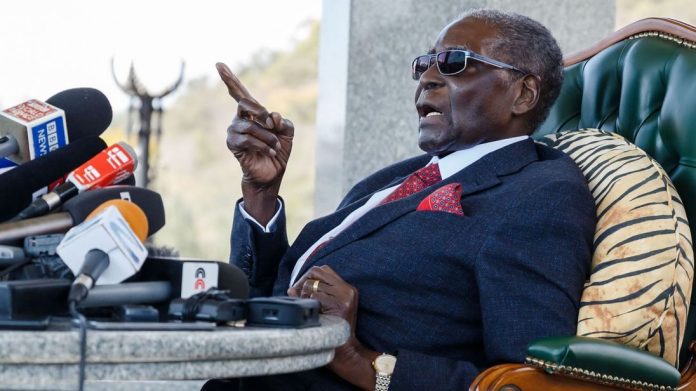 Three people accused of stealing thousands of dollars from former president Robert Mugabe appeared in court. The three are accused of taking a suitcase containing around $150,000.

The money has not been recovered and police believe the three used it on cars and houses. Local media reports that one of the accused is a relative of the former president. She allegedly had ways to enter the home since she had keys. The money was stolen from his home in Zvimba. She allegedly gave other people access to the home.

The theft is said to have happened some time between early December and January. The other suspects were cleaners. Police believe all of the money is now gone. They think the three may have spent it on cars and houses.

State prosecutor Teveraishe Zinyemba told the magistrates court that one of the suspects bought a Toyota Camry and a house. The prosecutor added that $20,000 was spent to buy the house and that the purchase was made after the incident.

The prosecutor also gave details on what another suspect spent the money on. The amount of money spent was not disclosed but the prosecutor said that the suspect bought a Honda as well as livestock, including cattle and pigs.

US dollars can buy many things in Zimbabwe but a lot of the population has very little access to them. Authorities suspect that the houses and cars were bought with the money taken from his home.

It is unclear if the former president was at the home when the three decided to take the suitcase that contained the money. The three suspects have been released on bail but reports say that a fourth suspect is on the run.

Mr. Mugabe was in power for 37 years but was forced out by the military last year. The former president sparked confusion in a speech that never confirmed if he was leaving his position or not. Days later, he left his position and Emmerson Mnangagwa took office.

In November, Zimbabwe’s government revealed that Mr. Mugabe was unable to walk due to health problems. They added that the former president had been in Singapore for the last two months for a medical treatment.

Mr. Mugabe made several visits to Singapore for a medical treatment when he was still president. During his time in power, officials revealed that he was there for eye problems and denied rumors that he had cancer.

Mr. Mnangagwa said at the time that the former president was recovering and that he would be back in the country the following week.

Mr. Mugabe served as Prime Minister of Zimbabwe from 1980 to 1987. He took over as president in 1987 and held that position until 2017. In August 2018, Emmerson Mnangagwa was declared winner in the presidential elections.