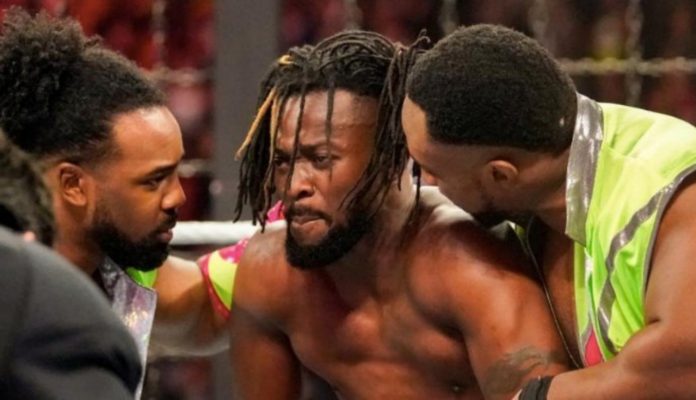 Kofi Kingston has stolen the show in his recent matches on SmackDown and the Elimination Chamber PPV. The New Day member has even pinned the WWE Champion twice, earning a title opportunity at WWE Fastlane. This will be his opportunity to win the title and compete in one of the most important matches at Wrestlemania 35.

Kofi was very close to winning the title at Elimination Chamber and many fans now believe that he could shock the world at head to Wrestlemania as the champ. 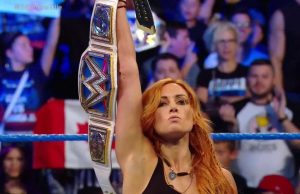 Becky Lynch Is Added Back To The Match

Becky Lynch asked to be in the WWE Royal Rumble after Lana couldn’t compete and she went on to win the match. The former SmackDown Women’s Champion has had a bit of a problem with Triple H and Stephanie but that all appeared to be over after she apologized. Vince McMahon then came out and said that wasn’t enough, suspending and replacing Becky with Charlotte. This hasn’t stopped Becky from interrupting Charlotte in her matches.

The decision to remove Becky from the match against Rousey at Wrestlemania wasn’t well received, with the YouTube video of the segment seeing record dislikes. To me and many fans, this appears to have triple threat match written all over it since it looks like Becky won’t back down until she is added back.

There are rumors floating around about a possible The Shield return. Roman Reigns, who stepped away from wrestling back in October after announcing his battle with leukemia, is said to be making an update during today’s episode of WWE Raw. The famous team made its debut years ago but has seen its two returns interrupted. The first return ended when Dean Ambrose suffered an injury that left him out of action for a while. Last year, the team returned again to battle Ziggler, Strowman and McIntyre. That run ended when WWE Universal Champion Roman Reigns announced that he was stepping away to focus on his battle with leukemia.

There are reports out there saying that the contracts of the WWE SmackDown Tag Team Champions will expire in April. On top of that, the reports say that there are concerns that the famous tag team might decide to leave the company. This would lead to tag team title change yet again.

The SmackDown tag team titles have changed hands several times over the last year, with The Bar, The New Day, The Usos and The Miz and Shane all holding them at one point.

Shane McMahon vs. The Miz

Shane McMahon and The Miz lost the WWE SmackDown Tag Team titles against The Usos. The title run was very short but it appears that the team will have another shot when they go up against the champions at WWE Fastlane. Some believe that this will lead to a heel turn from Shane. This could even lead to a match at Wrestlemania, an event where Shane has participated in many occasions.

May 27, 2020
Sao Paulo Governor Joao Doria and Mayor Bruno Covas announced a plan on Wednesday that will allow malls and street shops to reopen on...