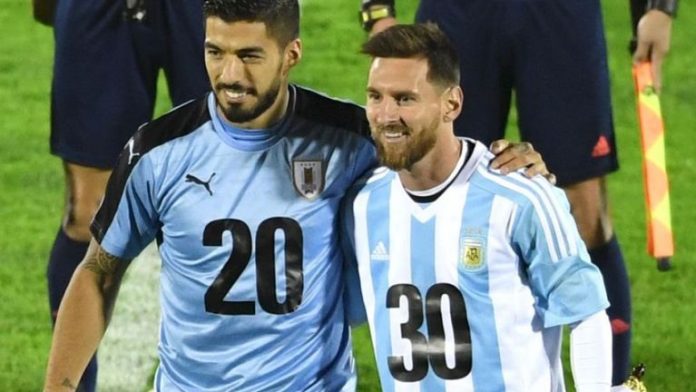 Chile’s President has announced that his country will join the bid from Argentina, Paraguay and Uruguay for the 2030 World Cup. The tournament will mark 100 years of the first ever World Cup, which was hosted by Uruguay.

The surprising news come as other countries are expressing their interest in hosting the famous tournament. The 2030 World Cup is the earliest tournament without a host. The 2022 edition will be hosted by Qatar while the 2026 event will be hosted by three countries, the US, Canada and Mexico.

The 2030 World Cup will be the second tournament to feature 48 teams. The first will be the 2026 edition, which will have 16 groups of three teams. The change was approved by FIFA a few years ago and it gives many more teams the chance to qualify.

Chile’s President Sebastian Pinera said on Twitter that a few months ago he proposed to the presidents of the three countries to add Chile and apply for the 2030 edition. He adds that the proposal was accepted by the three countries.

Chile hosted the tournament back in 1962 while Argentina hosted the tournament in 1978. Uruguay hosted the first ever World Cup in 1930. Paraguay is the only one out of the four that has not hosted an edition of the famous tournament. Chile recently hosted the Copa America, a tournament that it has won back to back. The South American nation fell short in the 2018 qualifiers but its team remains a strong contender to qualify for the 2022 edition.

Brazil is the most recent South American country to host a World Cup. That happened in 2014, which would give the four countries the chance to host the 2030 edition.

The 2030 edition could see one of the most interesting bidding races in the history of the World Cup. Reports say China is interested in making a bid for this edition and the 2034 edition. Those reports say that China’s bid for the 2030 tournament will be a trial run for the edition after that.

Chile, Argentina, Paraguay and Uruguay might not be the only joint bid for that tournament. Spain and Portugal have expressed their interest in hosting a World Cup together. Spanish Prime Minister Pedro Sanchez has also talked about the idea of hosting a World Cup with Morocco. UEFA’s President is against the idea of having Morocco, Spain and Portugal host the tournament.

Morocco submitted a bid for the 2026 edition but the African country fell short against the bid from the US, Mexico and Canada. Morocco has made other bids in the past, with reports saying that its closest was in 2010, which was won by South Africa. Joint bids have won in the past but no bid between two regions has ever been made. South Korea and Japan were the last to host a World Cup together.

The joint bid from Uruguay, Chile, Argentina and Paraguay would likely see something similar to what the US, Mexico and Canada have announced. The US will be hosting 60 games while Canada and Mexico will get ten games each.