MWC 2019: Phones With Buttons Are Not Done Yet 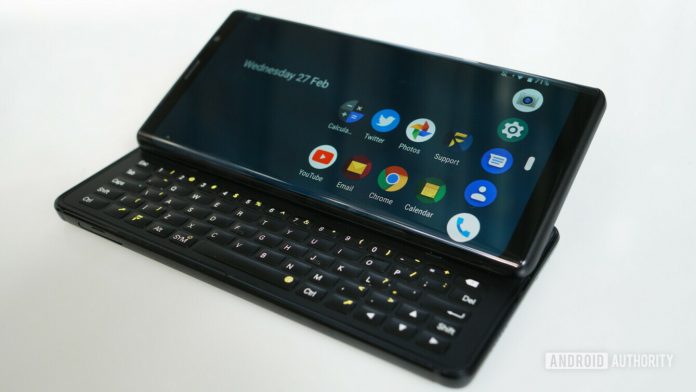 Smartphone companies are mostly focusing on bringing devices with large screens and some are even planning to bring foldable phones in the next few months. Foldable phones appear to be the next big thing in 2019 but there are some companies who are still working on technology that was popular back in the days.

MWC 2019 has been the home to some impressive announcements so far but some of the most interesting have to do with phones that feature buttons. Companies such as Samsung and Huawei haven’t featured buttons on their devices for quite a while. But some like the F(x)tec Pro1 Phone are planning to catch the attention of customers with old school tech.

The phone, which was launched at MWC 2019, is an Android device that slides open to show a physical QWERTY keyboard. Keyboards have disappeared from the smartphone world, with most devices now featuring gigantic screens.

Smartphone makers such as Samsung, Huawei and many others have stayed away from keyboards but some of these smaller companies say that keyboards are still wanted by consumers.

Adrian Li Mow Ching, founder of F(x)tec, explained that a lot of consumer tech still has that feature even though the technology is there to keep it away. The company wasn’t the only one to focus on keyboards at MWC 2019. BlackBerry, which was once one of the most popular smartphone makers around the world, was at the event with handsets with built-in keyboards.

The Pro1 appears to be a regular smartphone with a big screen on the front. But it is more than just a smartphone, the devices has a big keyboard that slides out from the back. It is similar to the old school phones that had a slide out keyboard and had to be held from the sides to use the buttons.

Going from a regular smartphone to a phone with a slide out keyboard will likely take some days to get used to but it is a perfect option for those who miss devices with big keyboards. A few other companies brought their own handsets with this technology but this is quite interesting since we’re not really used to seeing companies announce these type of phones anymore.

The BBC reports that Lianchen Chen, the person behind the design of the device, explained that the phone was inspired by a Nokia prototype he was given nine years ago. The phone was never released to the public.

The Pro1 isn’t exactly an affordable device but its price is much lower than other launches at MWC 2019 and in recent weeks. The Android device will have a price of $649 in the United States.

In comparison, Huawei and Samsung foldable phones, which were both recently launched, cost $2,600 and $1,980. The high prices were not exactly a surprise from the companies since reports had repeatedly mentioned that they would be much more expensive than  smartphones today.