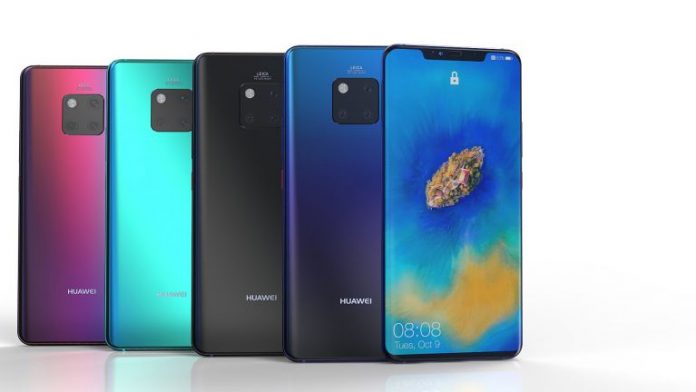 The world of phones just keeps getting better and better. Smartphone makers are not only releasing good devices but they’re also changing things up by announcing foldable phones. All of this impressive technology has led to price increases in many of the popular phone series. Here are the five most expensive phones right now:

The Apple iPhone XS Max is one of the best phones that the company has to offer. The device comes with advanced Face ID as well as a few other features that are not found on cheaper devices such as the iPhone XR. The iPhone XS Max also happens to be the most expensive phone from Apple. The device has a starting price of $1,099 for the 64GB variant. The price goes up to $1,449 for the 512GB variant.

The Huawei Mate series has been a bit pricey for the most part. The high prices continued with last year’s Huawei Mate 20 Pro. This version of the Mate series has all the great features that tech fans want in a phone. Huawei added the triple cameras to the back as well as a solid 4,200 mAh battery. The Pro version has a price of $1,150.

Royole came out of nowhere by announcing its FlexPai foldable phone. The phone was the very first foldable device to be announced. The announcement came at a time where we expected Huawei and Samsung to take the title as the first company to unveil a foldable device. Royole was a few months ahead of the competition and while the tech world hasn’t really given great reviews on the FlexPai, the device is among the most expensive at the moment.

Samsung gave a bigger preview of its Galaxy Fold phone right before MWC 2019 kicked off. The South Korean giant had shown the phone last year but that appearance was brief and no major details were revealed at the time. The Galaxy Fold’s second appearance showed much more about the phone. During the event, the company also confirmed its starting price, which is much higher than any other phone from them. The Galaxy Fold starts at $1,980, which is nearly $1,000 more than the Galaxy Note 9 and the Galaxy S10 Plus.

Reports have recently revealed that the company might be planning other releases. It is unclear if these rumored foldable devices will have a lower price.

Huawei’s Mate X looks great but those who want to have all of the foldable technology from the Chinese smartphone giant will have to pay a lot of money. The Galaxy Fold’s price is high but Huawei takes things to a new level. The Mate X has a price of $2,600, much more than anything in the P and Mate series.

The $2,600 price will likely force many tech fans to look for other options when it comes to buying a new device. The good news is that the company has already hinted at foldable devices with lower prices.