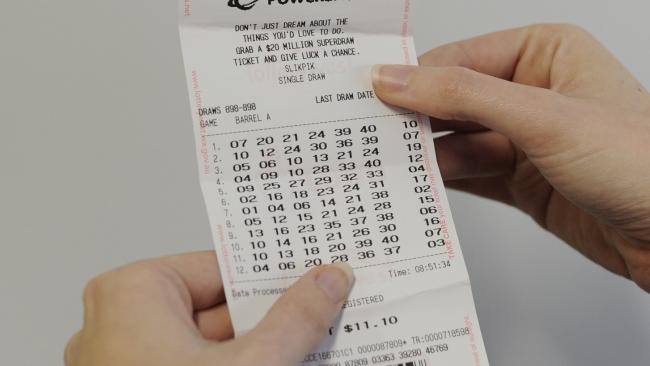 An Australian man is now $33 million richer after winning not one but two lottery tickets at the same time. The man won the millions from the division one in Oz Lotto.

The man told officials that he couldn’t believe that he had won. The two winning tickets had the same numbers. The man never really changed numbers during his time playing the lottery. For the last 30 years, he had played the same numbers over and over again, hoping one day they would bring him millions.

That finally happened on Tuesday’s draw, which saw another winner as well. The most interesting part about his winning tickets is that they were bought separately at two different stores in Melbourne.

It took the man some time to learn that he was $33 million richer. He had just gotten off work when he learned that he had won the millions. He has not decided what to do with the millions but has said that he plans to share it with his family.

He says he is thinking about retiring but that first he is looking for a new home or a holiday. Officials have confirmed that there is another winner in the draw. The other winner has netted $16.5 million from the draw. The ticket was purchased in Hobart but there are no details on the winner.

A spokeswoman for Oz Lotto told the media that when they reached out to the division one winner from Melbourne to let him know about the win, he was completely oblivious that he had won not once but twice. She explained that the man was confused about the win since he thought he had bought entries for a different draw. But they were able to confirm that he had bought the numbers for the same entries since he marks them. She estimated that playing the lottery for 30 years would have cost him around $21,000, which is nothing compared to what he has just won.

The Australian man is not the only lucky winner this month. A few weeks back, a New Jersey man nearly missed out on a $273 million lottery jackpot. The man’s ticket was kept by the store clerk when he accidentally left it on the store counter.

The man who forgot the ticket said that he put them down and put his money away. He then did something with his phone and walked away, leaving the winning ticket behind. He wasn’t too worried about the lost tickets but is lucky that the store clerk kept them.

The man went back to the store and the clerk had it for him. A few days after the draw, he checked the tickets and found that he was $273 million richer. The man told Today that he will give something to the clerk but that he would keep it private.