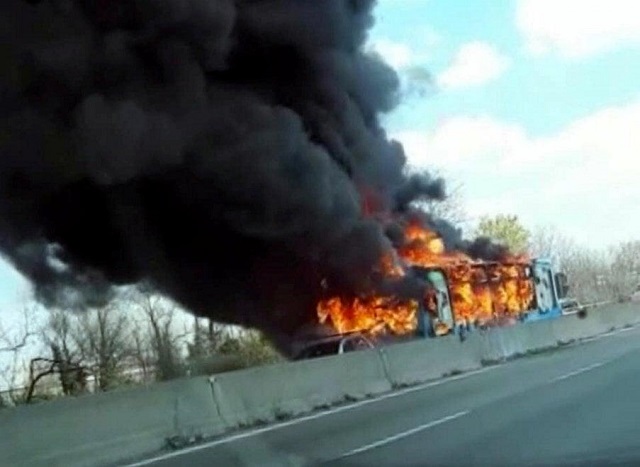 Italian authorities rescued 51 students from a school bus that was set on fire by its driver. But police have given credit to the student who actually made the call for them to get there in time. The heroic act from the student has not gone unnoticed, with the Interior Ministry now announcing that it will take care of the expenses and speed up the process of his citizenship.

13-year-old Ramy Shehata was among the 51 students in the bus that the driver attempted to set on fire with them inside. The student, who is from Egypt, quickly contacted authorities to let them know what the driver was trying to do.

One official said the student pretended to pray in Arabic while talking to his father on the phone. He was told about the incident and then his father contacted authorities. Police quickly responded to the emergency call and arrived in time to break the windows of the bus and get the students out.

A police spokesman told CNN that they broke the back windows of the bus to get the students out. None of the students were injured during the incident. Police have revealed that the driver is Ousseynou Sy, a Senegalese man who has an Italian citizenship.

The driver was arrested after the incident and he now faces kidnapping, attempted murder, arson and resisting arrest charges. Authorities and a teacher have said that the man was angry over the migrant policy.

Carabinieri spokesman Marco Palmieri said the school bus was scheduled to head back to the school located in Crema after the students attended a gym session. The driver was instead heading to an airport in Milan.

Authorities said that the driver made the teachers tie up the students. The spokesman added that while some colleagues were negotiating with him, others broke the windows and got the passengers off the school bus.

The student’s quick call has been praised by authorities and the government. The office of Italian Interior Minister Matteo Salvini has announced that it will grant citizenship to the student.

The statement from the Interior Ministry mentions that the hope is to give him citizenship and remove it from the bus driver. Carabinieri have said that his call was essential for the rescue since he gave the exact location of the bus.

The government is looking to see if a security decree signed last year will allow them to remove the citizenship from the man. Authorities and a teacher have said that the man was allegedly yelling references to migrant drownings in the Mediterranean, a route that many try to take to reach Europe.