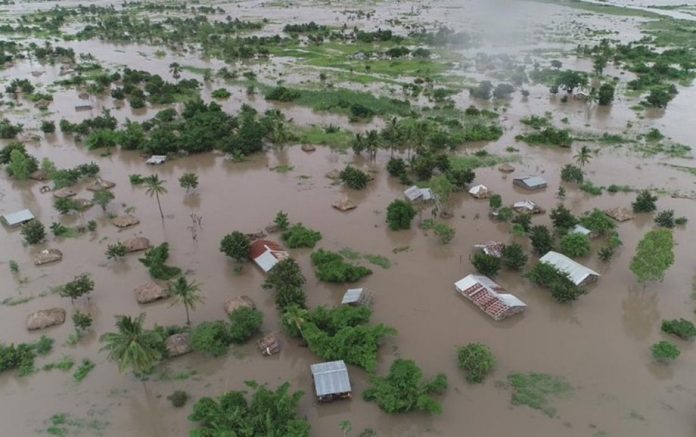 Mozambique’s city of Beira was heavily damaged by cyclone Idai and survivors are now waiting for help. Authorities have confirmed the death of at least 200 people. Zimbabwe has also reported at least 100 deaths from the natural disaster.

The deadly cyclone has left survivors waiting on top of roofs. The major concern now is the water levels surrounding the homes and buildings in which the survivors are waiting for help.

In some areas, the water levels are much lower than the roofs but the concern is that they could rise and complicate the rescue of the people. The BBC’s Pumza Fihlani reports that the survivors are in desperate need of shelter, clothing and food.

The situation has made the access to the areas difficult but there are reports that some aid is on its way. A response center has been set up at the airport in the city of Beira. The center will likely be used by the teams who will arrive soon.

The survivors have been waiting for help since the cyclone hit the country. The response has not gone as planned as many are still waiting to be rescued from the top of their homes or other buildings.

The port city of Beira was one of the most affected by the natural disaster. A high percentage of the area is now under water. Most of the homes have been destroyed or partially damaged by the water.

Flooding came to the city with the cyclone and rescuers now have almost no access to the area. Survivors have spent hours trying to create shelters or areas where they can sleep while they wait for help to arrive.

The BBC reports that some people have focused on fixing their roofs while others have been using trees to create shelters. The news agency also reports that a local church has become the temporary home for many residents. The church was heavily damaged by the cyclone but its walls are still up, protecting residents from the water and cold weather at night.

The powerful storm also killed people in neighboring Zimbabwe. The storm left some damage in Malawi as well. Cyclone Idai struck the city of Beira on March 14. Cyclone Idai was a tropical storm just days before. It initially reached Malawi and Mozambique before turning around and gaining strength. The storm then made its way back to Mozambique but took a different route, reaching Beira and nearby towns.

Authorities have confirmed the death of at least 200 people in Mozambique but they believe that the death toll could rise in the next few hours. Authorities fear that over 1,000 people may have lost their lives.

President Filipe Nyusi said that it is a real disaster of great proportions. He recently spoke to Radio Mozambique and confirmed at the time that 84 people had lost their lives. He added that the deaths could be over 1,000.

Hundreds of people were also injured or reported missing after the storm, which struck four days ago. The UN humanitarian office said that the government issued warnings on floods and that heavy rains were forecast for the following day.

The Red Cross recently said that 90 percent of the city of Beira was destroyed or damaged by the storm. The floods have cut off access to the roads and knocked out power to a hospital in the area.

In 2000, the Mozambique flood left 700 people dead. The flooding was caused by rainfall that lasted over a month.