Qatar 2022 WC: Kuwait and Oman Could Be Co-Hosts 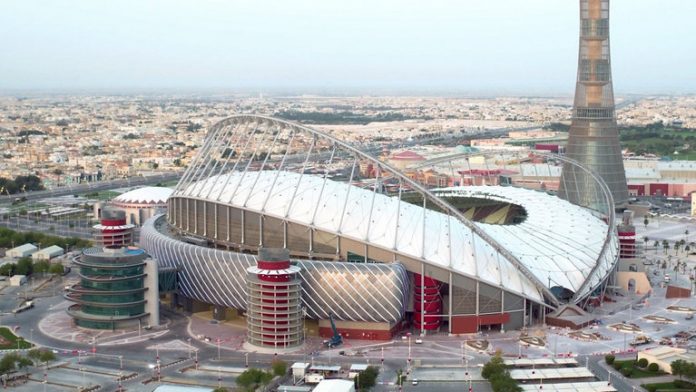 The FIFA President has talked about an expansion and now the two countries are being considered. The idea has been floating around for months and it was initially rumored that the tournament would be co-hosted by Qatar and maybe a few others.

Oman and Kuwait have not taken any sides in the diplomatic dispute and now FIFA sees them as possible co-hosts if the expansion takes place. The 2022 World Cup is currently set for 32 teams. Qatar will automatically qualify for the famous tournament since they are the hosts. It is unclear what FIFA would do if there are two other hosts for the tournament.

Qatar has been preparing for the tournament for years but two more hosts would take games from the country. The tournament will also have more matches, so FIFA could decide to split those extra matches between the two other nations.

This is all just an idea at the moment but FIFA’s president appears to be very serious about it since it is not the first time that there is news on an early expansion. In 2017, FIFA actually approved an expansion for the World Cup. The expansion, which adds 16 more teams, was announced for the 2026 edition.

The 2026 edition will be hosted by Canada, the US and Mexico. It will be the first time that three countries host the tournament together. Last time the tournament had a co-host was back in 2002 (South Korea and Japan).

The expansion means more matches as well as more national teams. Regions such as South America and Europe will heavily benefit from the expansion since they usually see one or two good teams miss out on the tournament.

The 2026 edition was won by the bid from the US, Mexico and Canada. The bid competed against the one from Morocco, which was looking to become the second country in its region to host the tournament.

Qatar was awarded the tournament years ago and its preparations are currently underway. Kuwait and Oman would have little time to prepare for the tournament, which would likely feature more teams. Infantino has not shared much details on his idea but it could be something similar to what we’ll see for the 2026 World Cup.

Qatar could end up getting the majority of the matches with this expansion. The US, one of three hosts for the 2026 edition, will have 60 of the 80 matches of that World Cup. The other 20 will go to Mexico and Canada.

The diplomatic dispute could affect the chances of a Qatar 2022 expansion but FIFA appears to still be interested in having a much bigger tournament in the future.