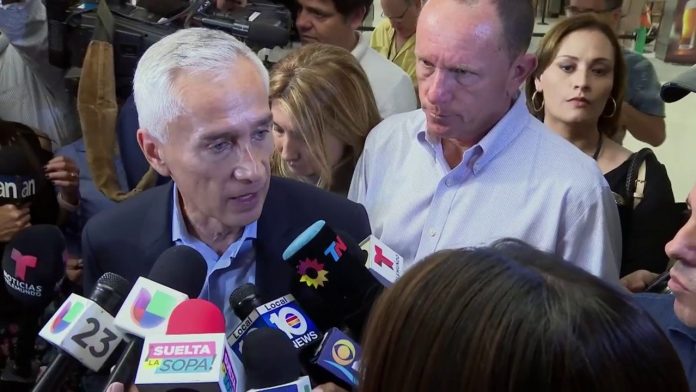 Maria Martinez-Guzman, one of several people who were briefly detained at Venezuela’s presidential palace during an interview, has spoken with CBSN about the incident. Martinez-Guzman was detained along with famous journalist Jorge Ramos and five other Univision employees.

The Univision executive producer said they were put in a dark room after former president Nicolas Maduro was angered by the video shown to him. She said about $180,000 worth of equipment was stolen. The equipment had not been returned as of Thursday.

The interview went wrong when Ramos showed a video of what was happening in the country. The video showed two men grabbing and eating items from a truck carrying garbage. Martinez-Guzman told CBSN that the video was what triggered Maduro.

Ramos took the video of the two men a day before the interview with Maduro. The former president was shown the video but he decided to get up. She says Maduro denied that was happening in the city.

The Univision executive producer was detained along with the rest of the staff right after the incident. She says she got into an argument with Venezuelan officials after the interview was stopped.

Martinez-Guzman explained that the video of the two men eating from a garbage truck made it out because it was sent to Univision and given to them before the interview. She revealed that the footage was taken near the hotel where they were staying.

Many videos of Venezuelans eating from garbage trucks or picking up left over vegetables from markets have surfaced in recent years. Maduro and other officials deny that the population is struggling and say that most of the crisis is staged. Other times, they blame the crisis on the sanctions imposed by the US and several other countries.

Venezuela has one of the highest inflation in the world. The situation has caused a severe shortage in medicine and food. Maduro and supporters have refused to allow humanitarian aid into the country. On February 23, interim president Juan Guaido along with the help of Colombia, Brazil, the US and many others, attempted to bring humanitarian aid into the country. The attempt ended with some of the trucks on fire and many rushing to save the boxes of food and medicine.