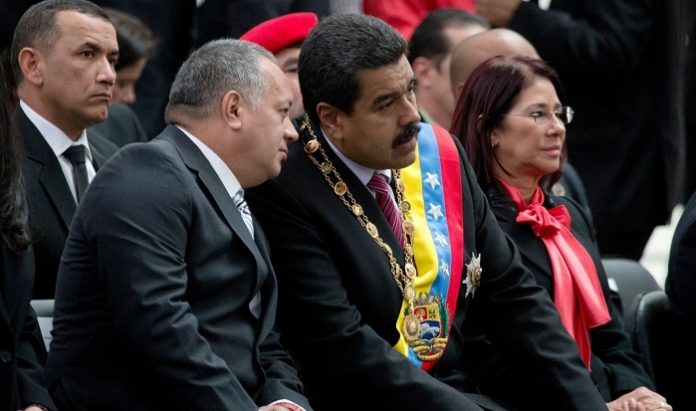 The request was made to make a deep restructuring of the government. The news come as Maduro and Guaido are in a battle. Maduro has repeatedly claimed that he is the president of the country while Guaido has received the support of the international community and stepped in as interim president.

Maduro’s decision is not really a surprise since they have made many changes in the past. The country has seen several vice presidents in the last five years. Several ministers have left or been removed from their positions since Maduro took over in 2013.

Maduro has said that he will remain in power until at least 2025. He has also challenged Guaido to a presidential election, despite claiming that he is the winner of last year’s controversial election.

Maduro was sworn in for a new term earlier this year but the move was heavily criticized by the international community. He is no longer recognized as president by many countries and Guaido has entered the political battle to make way for an election.

The changes in the cabinet come amid political tensions in the country. Experts say Maduro is rapidly losing power but cannot predict how long he will continue to hold on. Maduro won a controversial election in 2013 but the country has gone through an economic and political crisis during that time.

Venezuela’s average salary is now said to be among the lowest in the world. The South American nation also happens to have one of the highest inflation. The political battle has taken many turns in recent months but the country’s economy continues to be a disaster. The decision from Maduro also comes after electrical problems left most of the country without power for more than four days. Maduro has claimed that this was a sabotage by the US.

Meeting Between US and Russian Officials

United States Special Representative for Venezuela Elliott Abrams will meet with Russia’s Foreign Minister Sergei Ryabkov later this week to discuss the situation in Venezuela. The meeting has been confirmed by the two sides. Maduro and the PSUV party are close allies to Russia but the US and several other countries back Juan Guaido, who is the president of the National Assembly.

Earlier today, opposition member Carlos Vecchio was seen holding an event in the US to take control of the assets from Venezuela in the country. During the event, a portrait of Maduro was removed from the wall and replaced with one of Juan Guaido, who has been given control of some of Venezuela’s assets.